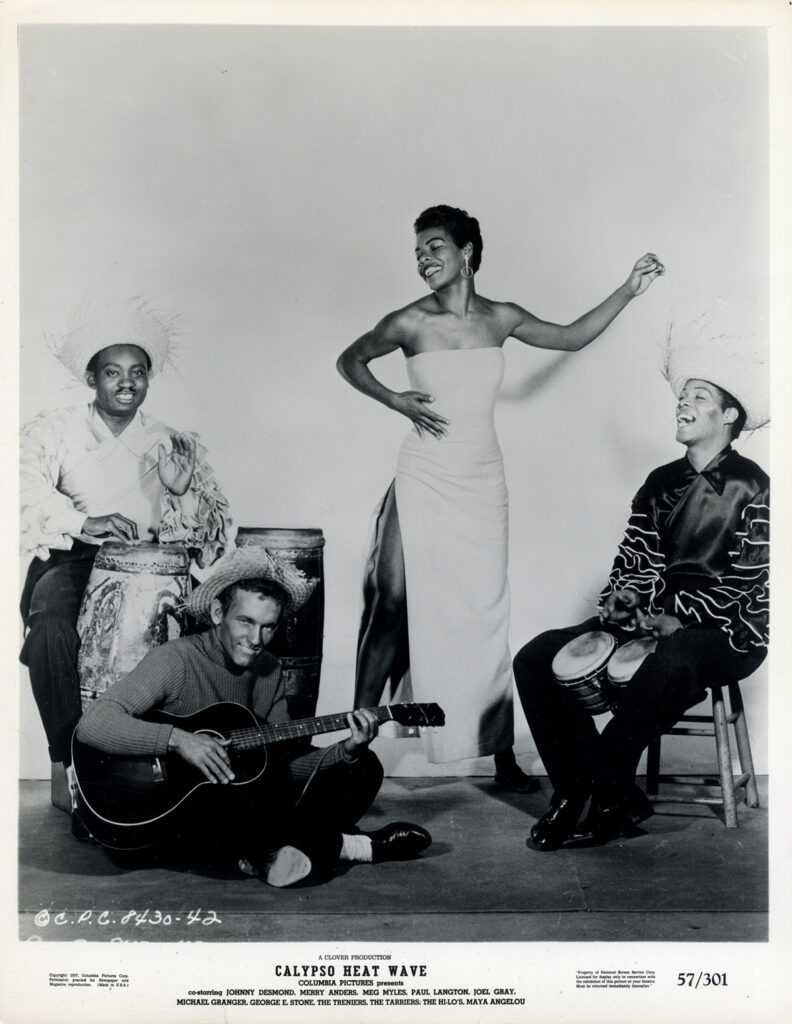 An extremely early photo documenting a young Maya Angelou early in her career as a singer and dancer.

“After Angelou’s marriage ended in 1954, she danced professionally in clubs around San Francisco, including the nightclub The Purple Onion, where she sang and danced to calypso music. Up to that point, she went by the name of ‘Marguerite Johnson’ or ‘Rita,’ but, at the strong suggestion of her managers and supporters at The Purple Onion, she changed her professional name to ‘Maya Angelou’ (her nickname and former married surname). It was a distinctive name that set her apart and captured the feel of her calypso dance performances.

“In 1957, riding on the popularity of calypso, Angelou recorded her first album, Miss Calypso. She appeared in an off-Broadway review that inspired the 1957 film CALYPSO HEAT WAVE, in which Angelou sang and performed her own compositions.”