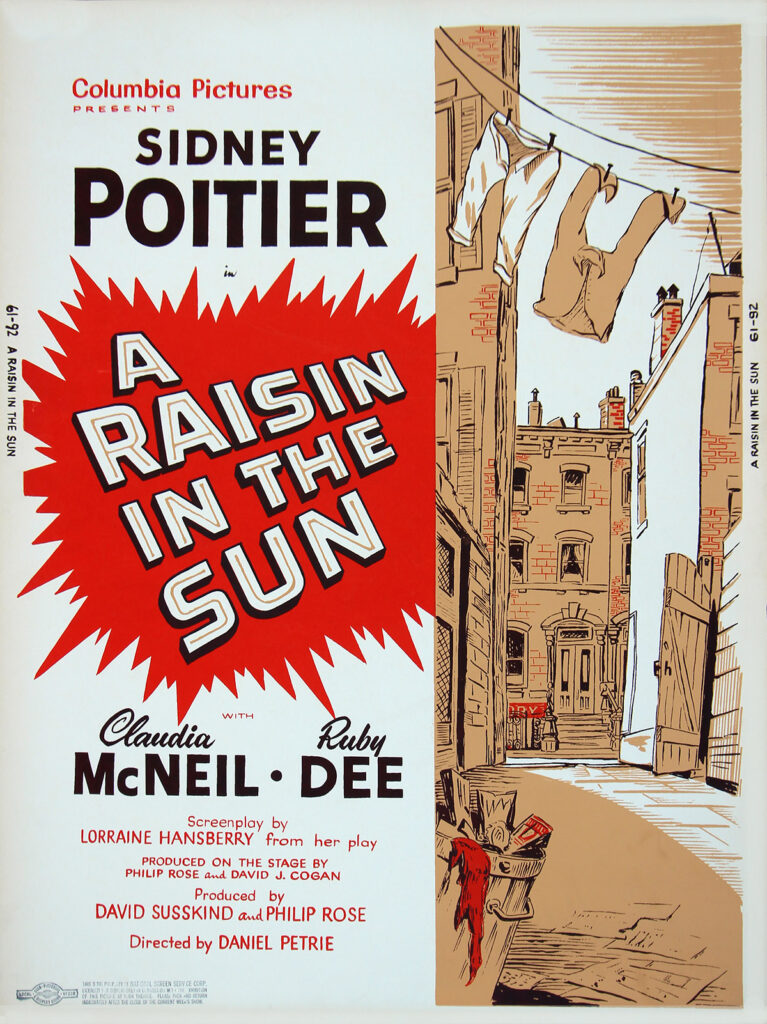 Lorraine Hansberry insisted that she write the film adaptation of her 1959 play A RAISIN IN THE SUN, about a Black Chicago family seeking to improve their way of life from an insurance payout following the death of the father. Most of the members of the film’s cast were in the original Broadway production, and the film contains many now legendary names in Black film and theater history: Sidney Poitier, Claudia McNeil, Ruby Dee, Diana Sands, Louis Gossett Jr. and Ivan Dixon.

Columbia Pictures did not have great faith in this film, and almost all of their posters for it are exceedingly bland, with virtually no hint of Black life. This extremely scarce poster, with its depiction of a ghetto street, is the one exception, and it is the only one which this cataloguer has ever handled.