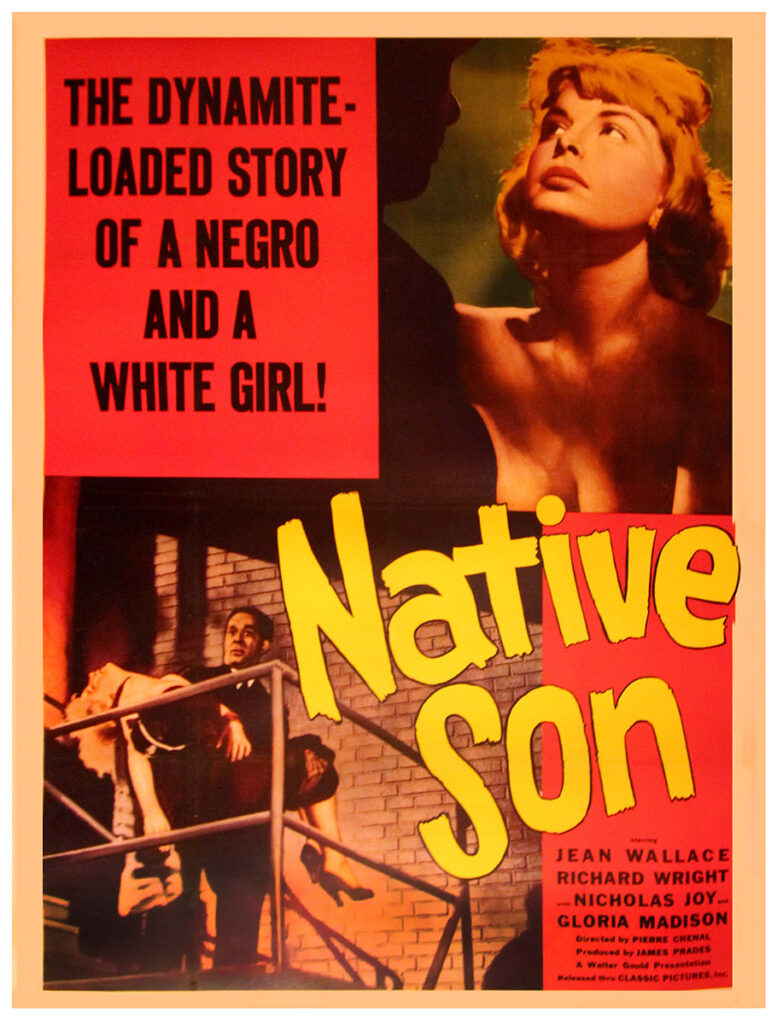 Richard Wright co-wrote the adaptation of his novel with director Pierre Chenal. Although the great African American actor Canada Lee had originally been scheduling to play the lead role of Bigger Thomas, Lee experienced visa problems which forced him to decline the part. And Chenal and Wright wound up having to shoot the film in Argentina, with Buenos Aires locales being used to represent the film’s setting of Chicago.

All posters for this film are quite scarce, but this particular two sheet is unusually so. It is the only one this cataloguer has ever seen, and it is, both in its layout and its bright coloring, entirely different from any of this film’s other posters.