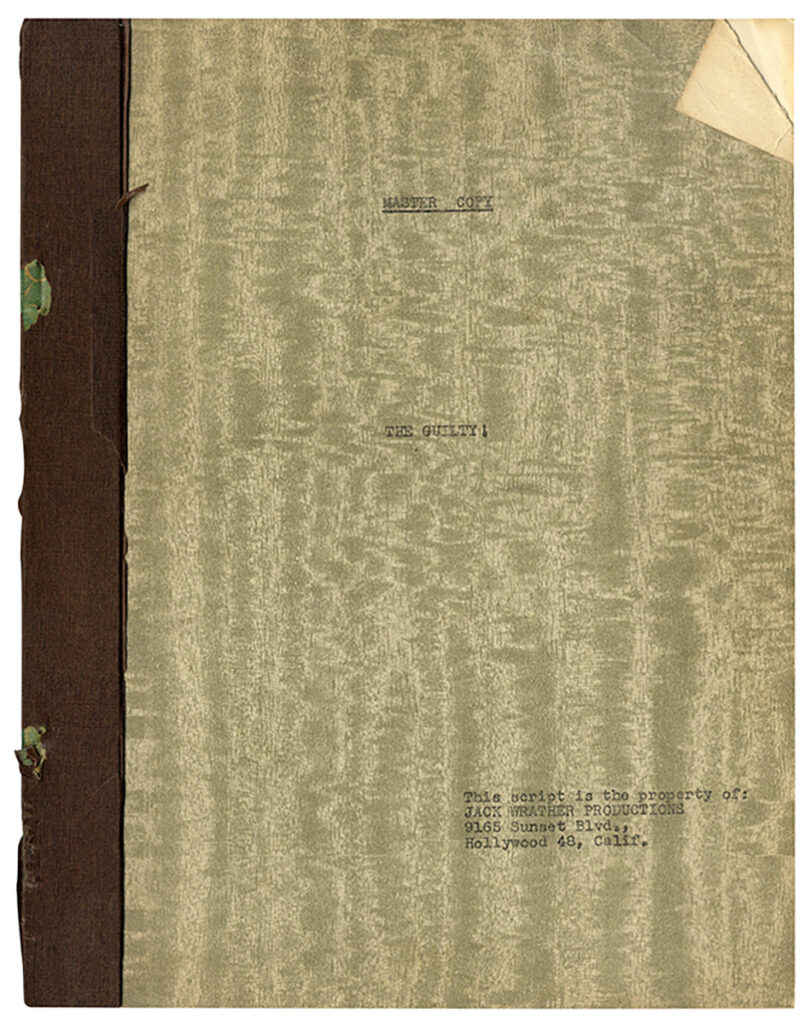 This script belonged to actor Wally Cassell, who played the role of “Johnny Dixon.” Cassell underlined some dialogue and left a page of MS notes about locations on the back of the final page of text.