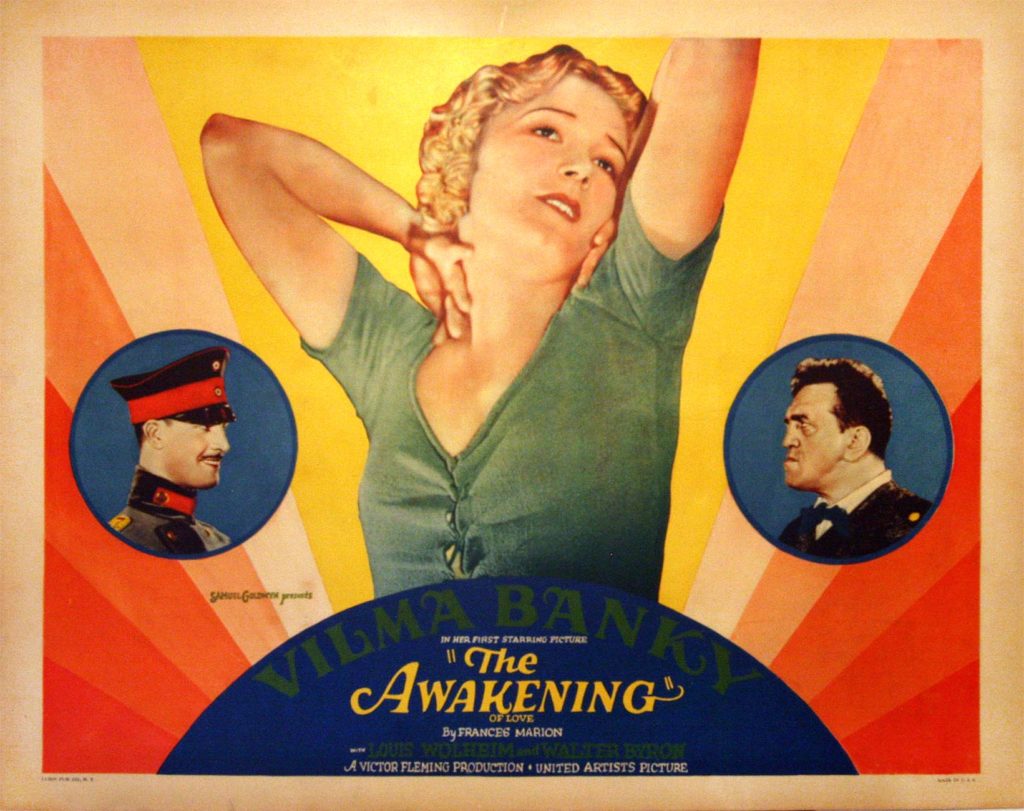 Vintage original 22 x 28″ (55 x 71 cm.) half sheet poster, USA. Vilma Banky, Walter, Byron, Louis Wolheim, George Davis, dir: Victor Fleming; Samuel Goldwyn Company. A very fine example of early Art Deco design elements used on a movie poster. The film is lost and of interest is that it was Academy Award-nominated (for art direction to William Cameron Menzies) during the organization’s second year. It was also a work by director Victor Fleming and a vehicle for top Goldwyn silent star, Vilma Banky. Brought from Russia, she was greatly celebrated until her thick accent proved too much for talking pictures. Set in World War I, the story was described by a reviewer as being “a pinch of THE WHITE SISTER, a seasoning of THE SCARLETT LETTER, a large chunk of all war pictures since 1918, and several slices of small-time baloney.” Irving Berlin wrote his song “Marie” to accompany the film. It cost a lot too, more than 700 thousand and failed miserably at the box office, but this poster is a true winner — sexy and true Art Deco. Unfolded, light and discreet professional conservation addressed chips and stains in blank margins, NEAR FINE.