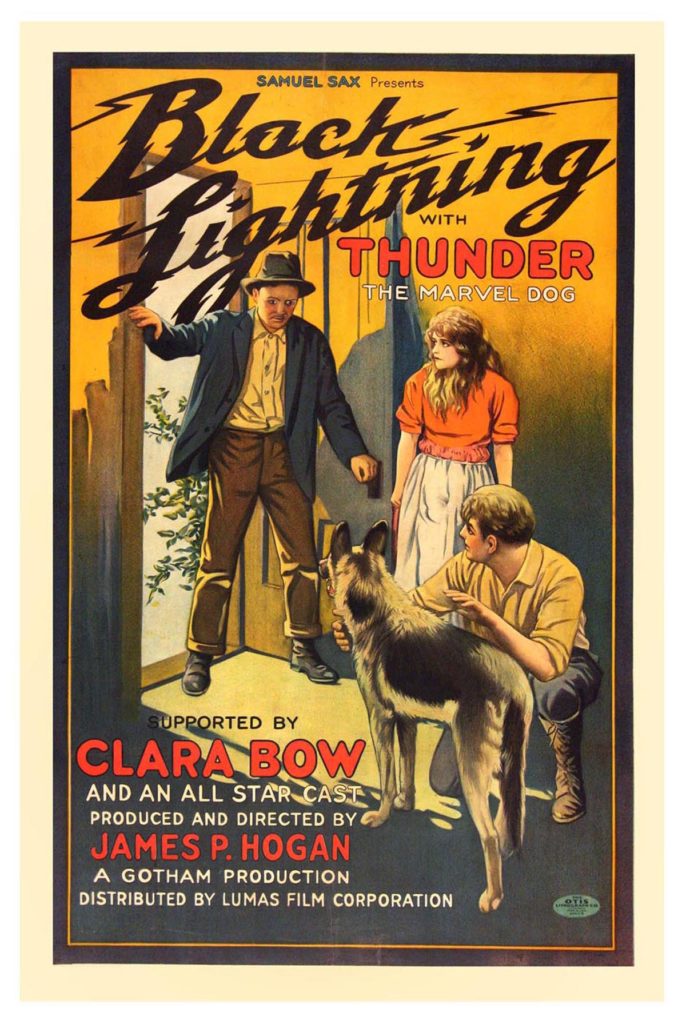 Vintage original 27 x 41″ (68 x 102 cm.) one sheet poster, Clara Bow, Harold Austin, Eddie Phillips, Joe Butterworth, Thunder the Dog, dir: James P. Hogan; Gotham/Lumas Film Corp. Amazingly this film, with one of Clara Bow’s earliest supporting film roles, was discovered in a full-print version in Russia in 2000. Of course, Thunder was the real star: German shepherds such as Rin-Tin-Tin and Strongheart were popular with post-World War I audiences (Thunder was a dog that had actually been decorated for his valor at Verdun during the war). This story is about a soldier killed in war whose younger brother and sister must learn to fend for themselves. A war-wounded friend comes to help them, bringing along with him Thunder, the dog that had saved his life. The dog comes to the rescue of the young woman, Martha (Clara Bow), when two sleazy mountain inhabitants attack her.
This poster features Thunder at center and Bow appears as a backwoods mountain lass, a far cry from her iconic flapper “IT” girl image. A very fine and rare piece. On linen, there was scattered paper loss in all border areas, some fold separation, otherwise superior colors, and poster is now in excellent condition, NEAR FINE.