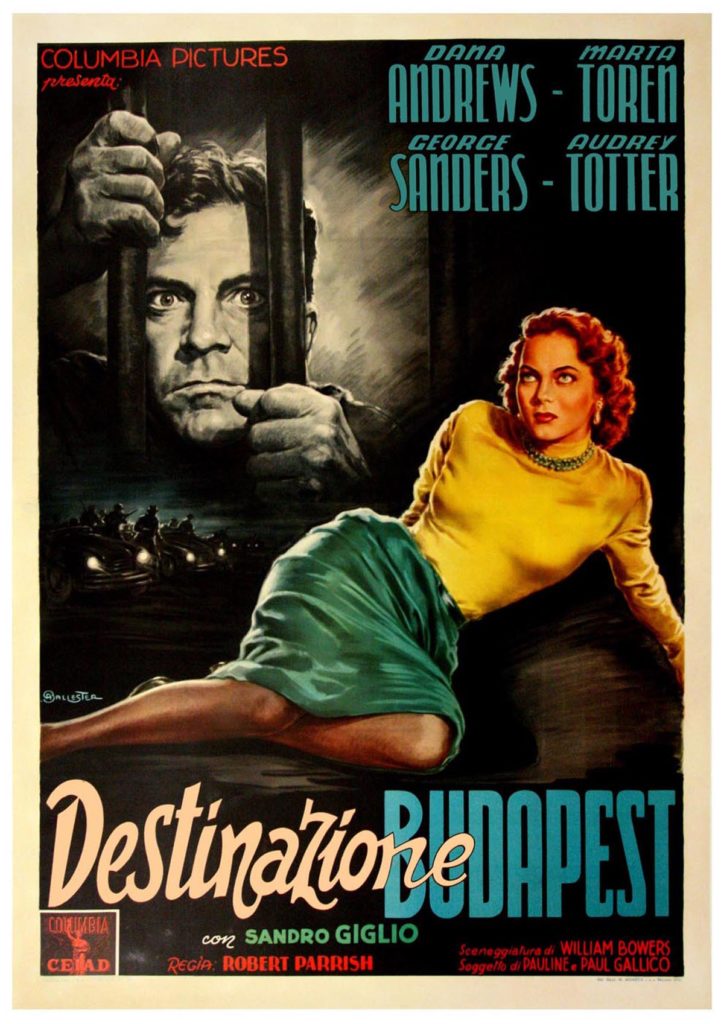 The poster artist Anselmo Ballester has chosen to focus on the dark, cold war and thriller atmosphere of the story with his portraiture of Andrews, Marta Toren and a menacing police force at night. The Italian title refers to the storyline wherein both reporters (Andrews as Jimmy and Toren as Jeanne) go to follow a story in Budapest of an impending Iron Curtain political conspiracy. Based on a serialized Saturday Evening Post-story by Paul and Pauline Gallico entitled “Trial of Terror”. It is one of the most interesting of “anti-Red” films of the time.

Highly dramatic as only the great Ballester could present. On linen, VERY GOOD-FINE.