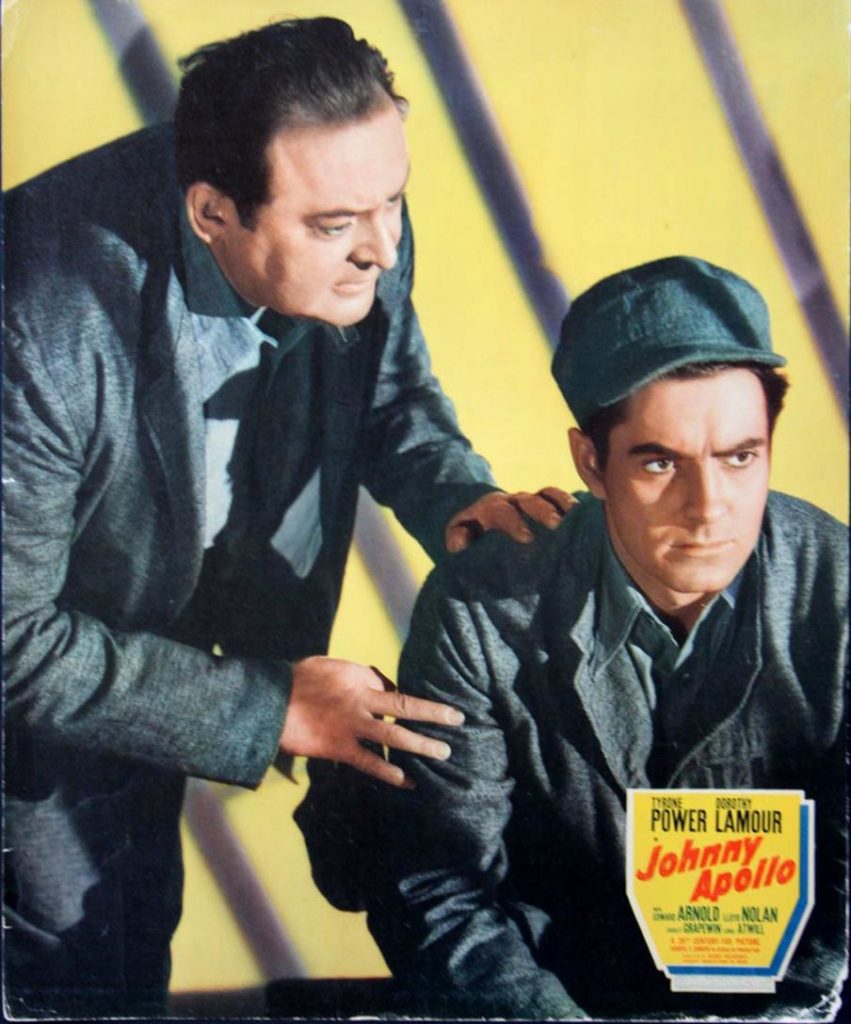 Vintage original 14 x 17″ (35 x 43 cm.) jumbo lobby card, USA. Tyrone Power, Dorothy Lamour, Edward Arnold, Lloyd Nolan, Charley Grapewin, Lionel Atwill, dir: Henry Hathaway; Twentieth Century Fox. A crime drama considered amongst the forerunners of the film noir genre. It is the story of a college grad who turns to a life of crime in order to get his father out of jail for embezzlement. Not typical of the Fox output at the time, the film was a vehicle to present Power in drama and modern dress after a series of costume films. Dorothy Lamour was borrowed from Paramount and sang several songs. The original screenplay was filmed under the title DANCE WITH THE DEVIL. In the card are Power with Edward Arnold. There is a little wear to bottom right, overall NEAR FINE.