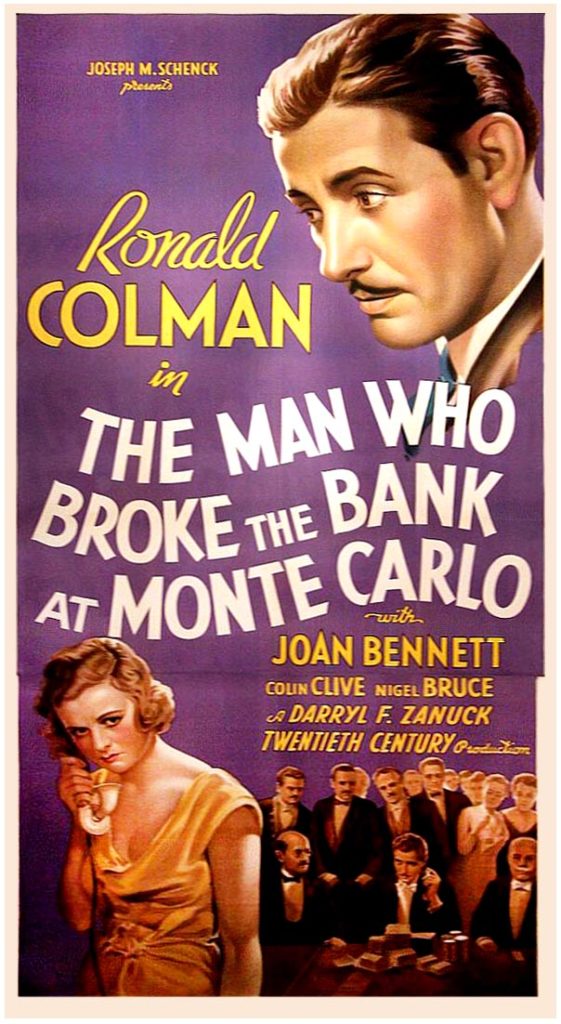 Vintage original 41 x 81″ (102 x 202 cm.) three sheet poster style A, USA. Ronald Colman, Joan Bennett, Colin Clive, Nigel Bruce, Montagu Love, dir: Stephen Roberts; Twentieth Century Fox. The title for the film originated in the popular 1892 song of the same name. This is the story of Paul Gallard (Colmen), a once artistocratic Russian prince (called White Russian) displaced during World War I who is living in Paris and earns his living driving a taxi. Traveling to Monte Carlo, he gambles with money supplied to him by his compatriots. Fortunately he wins, breaking the bank. The casino loves the publicity it could bring them, particularly should he return to the tables, but instead he warns the public of the hazards of gambling. The film was highlighted by Colin Clive’s villainous performance. Film was made at the time of the merger between 20th Century and Fox Pictures. Stunning portraiture of Coleman and Bennett, with scenario of Coleman at the gambling table. On linen, NEAR FINE.