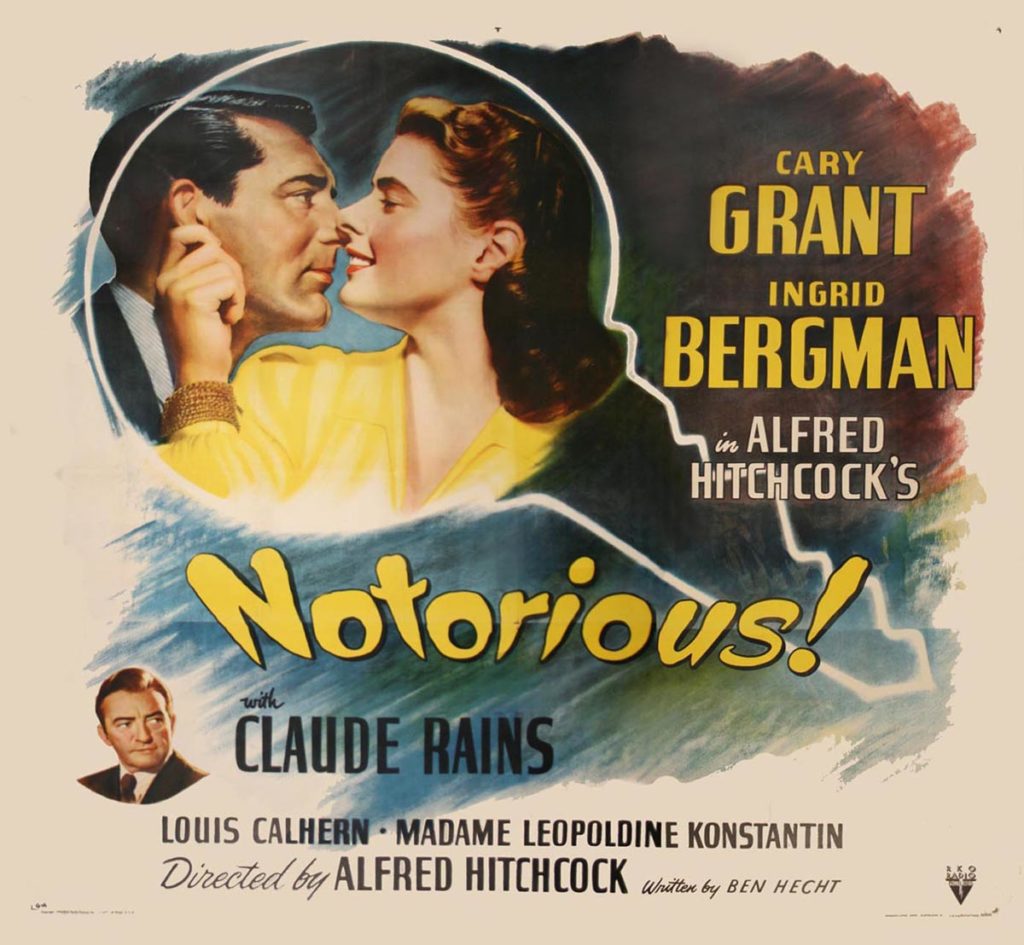 Vintage original 86 x 86″ (202 x 202 cm.) six sheet poster, USA. Cary Grant, Ingrid Bergman, Claude Rains, Louis Calhern, Leopoldine Konstantin, dir: Alfred Hitchcock; RKO. A spectacular presentation for one of Hitchcock’s finest films. A woman must go to all lengths to ingratiate herself with a group of Nazi friends when she is hired to spy on them. The film is thrillingly suspenseful, with Grant and Bergman at their romantic charismatic best. Originally to be produced by David O. Selznick, his film DUEL IN THE SUN was running so over budget that he sold the package of Grant, Bergman and Hitchcock (and the distribution rights) to RKO. Hitchcock became producer. Ben Hecht would be nominated for the Academy Award for Best Writing, Original Screenplay.

This is a very rare poster, and its design, though similar to the one sheet, has a much clearer, and more detailed, image of the faces of the film’s two stars. FINE, on linen.