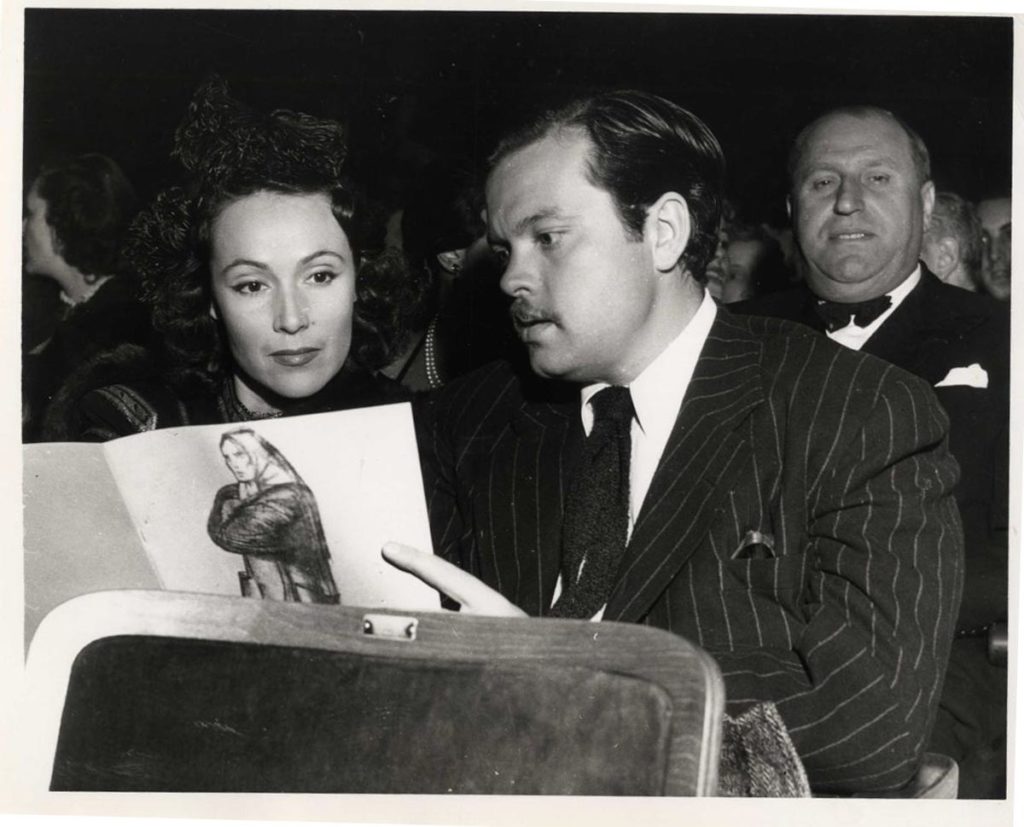 Orson Welles and Dolores del Rio are snapped by a news photographer while attending a concert at the Los Angeles Shrine Auditorium in Dec. 1941. Soon after the opening of Citizen Kane, Welles was most notable for that work. According to the original attached paper blurb, the two were engaged and planned to marry in early-1942 (she had divorced Cedric Gibbons in Jan. 1941). This did not come to pass.