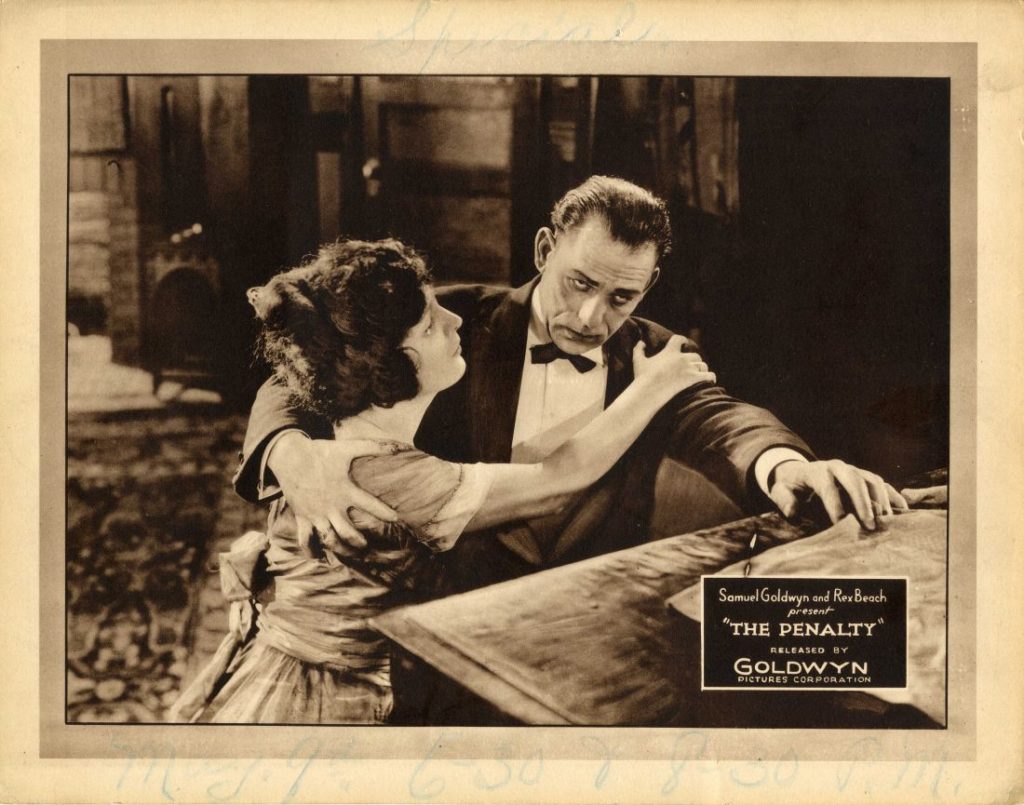 Vintage original 11 x 14″ (28 x 35 cm.) lobby card, USA. Lon Chaney, Doris Pawn, Jim Mason, Milton Ross, Ethel Grey Terry, Kenneth Harlan, Claire Adams, dir: Wallace Worsley; Goldwyn. A fascinating early Lon Chaney crime horror thriller! He plays Blizzard, who as a child had his legs unnecessarily amputated after an accident. He grows up to be vicious criminal and mob leader of San Francisco’s underworld, seeking revenge on the surgeon who left him deformed. Chaney went through agony for this role, having his legs tied back so as he “walked” on his knee caps, and was only able to perform like this for 10 minutes at a time. A wonderfully atmospheric production made this a winning thriller. Chaney is present in this card with Doris Pawn. There is a playdate written in blue pencil at bottom, otherwise very nice condition, NEAR FINE.