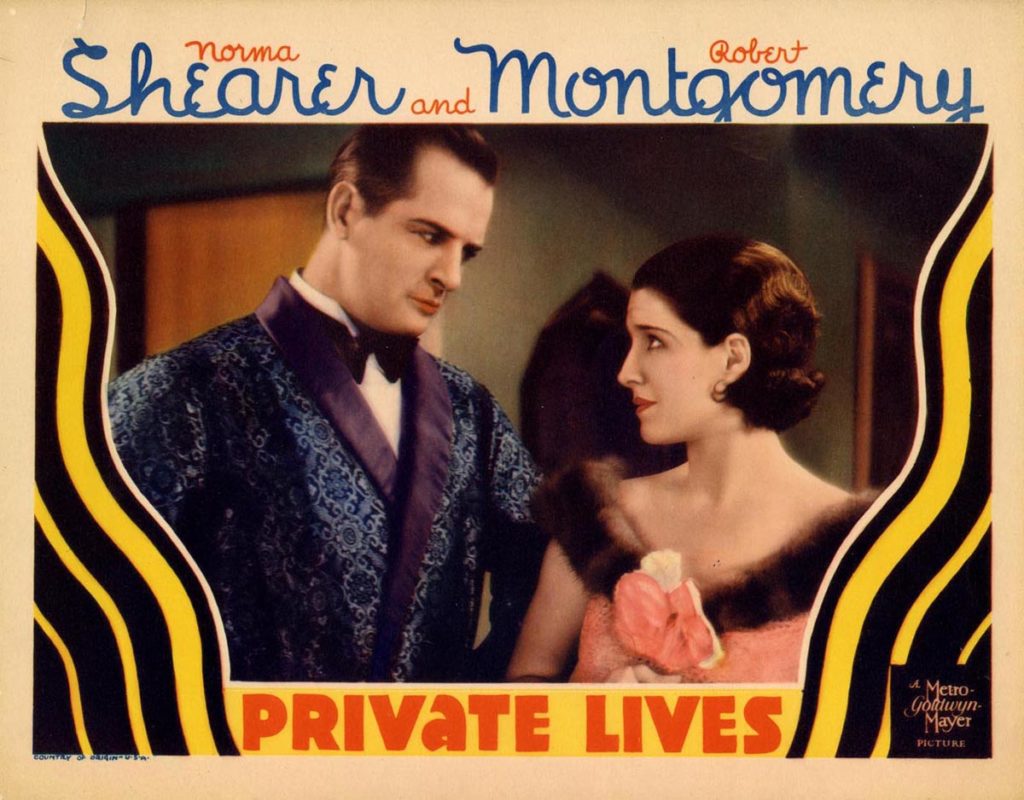 Married to boy wonder and top MGM executive Irving Thalberg, Norma Shearer ruled the MGM lot in 1931. She had just won an Academy Award for Best Actress as well. Thalberg sought out the very best in novels, plays and original material for Shearer — that included Broadway.

Noel Coward wrote and starred in his play, which played on Broadway (along with Gertrude Allen and Laurence Olivier) and it ran till Sep. 1931. The MGM film was released two months later with Shearer and an all-MGM cast.

A true comedy of errors as only Noel Coward could write, embellished here by the MGM artists, such as Cedric Gibbons sets and Adrian’s clothing. It was all in the latest Art Deco fashion. FINE.