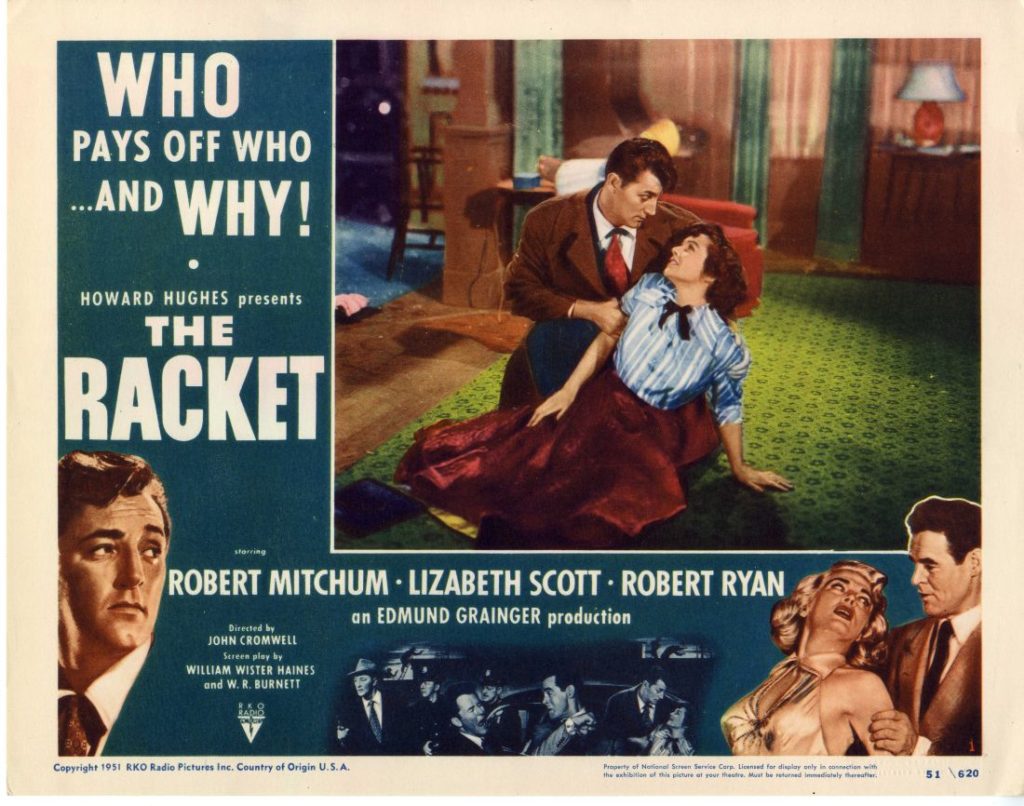 Vintage original 11 x 14″ (28 x 35 cm.) lobby card set of eight (8), USA. Robert Mitchum, Lizabeth Scott, Robery Ryan, Ray Collins, Joyce Mackenzie, Robert Hutton, Virginia Huston, William Conrad, dir: John Cromwell; RKO. Interestingly, a remake of the silent film of the same name and based on a 1927 Broadway play in which the director, John Cromwell had appeared. Cromwell received uncredited directorial assistance from some of the big players of the film noir genre, including Tay Garnett and Nicholas Ray. The story was one of a big national crime syndicate moving into a city, attempting to get their people elected to political positions — using violence, if necessary — and the honest cop who opposes them. Lizabeth Scott was the femme fatale lead, and two Janes of the RKO Tarzan series appeared in the other female roles: Virginia Huston and Joyce Mackenzie (with Mitchum on card no. 1). Howard Hughes presented both this and the 1928 silent version. FINE.