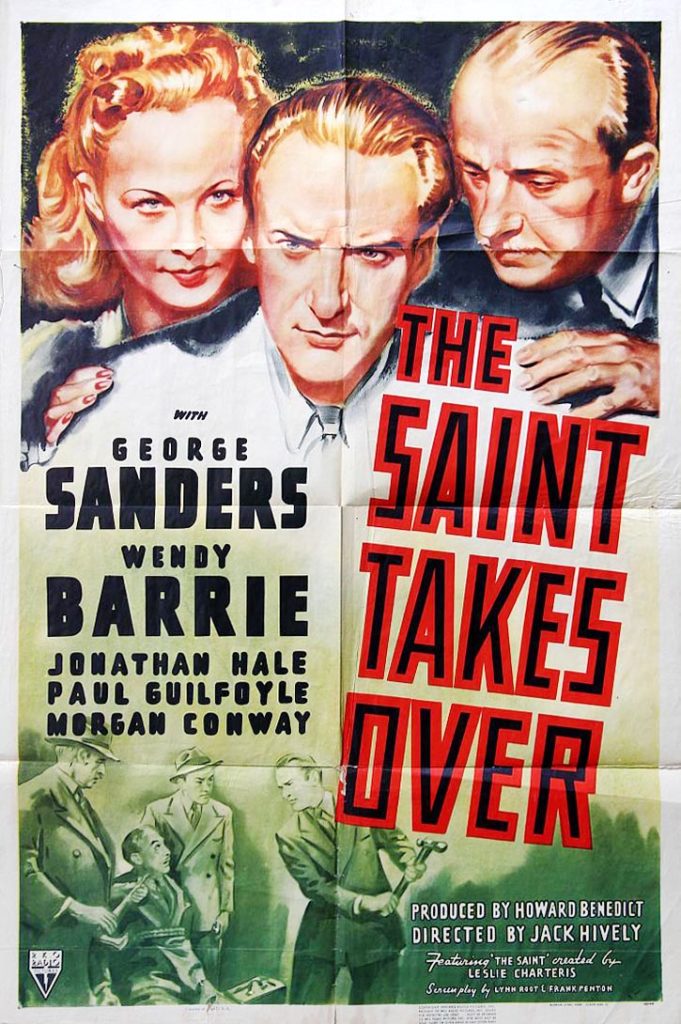 Vintage original 27 x 41″ (68 x 102 cm.) one sheet poster, USA. George Sanders, Wendy Barrie, Jonathan Hale, Paul Guilfoyle, dir: Jack Hively; RKO. Traveling from London to New York and playing a modern day Robin Hood in order to help a friend who has been framed by the mob, The Saint runs into a series of murders. This was the fifth in the film series based on Leslie Charteris’ character, though the story was an original one by Lynn Root and Frank Fenton. Folded, there are some fold repairs, VERY GOOD.