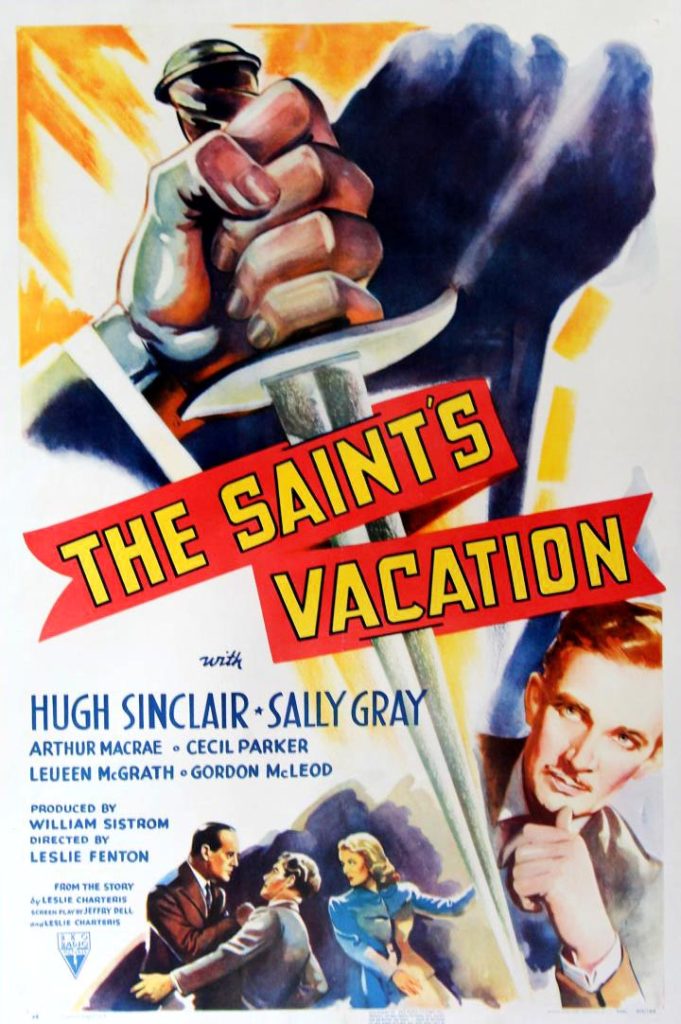 For this outing, the seventh in the series, Charteris wrote the screenplay and the lead role which had been played to that point by George Sanders was taken over by Hugh Sinclair. This film was a departure as it was the first movie made under RKO’s newly formed British company, and therefore featured a British cast and crew. The company was formed to utilize funds frozen by the British government “Films Act”. The movie was shot at the D and P Studios, Denham, Buckinghamshire, England.

In this story, The Saint vacations to Switzerland and becomes involved in solving a mystery concerning a music box. Though the production values were lesser, this had one of the strongest scripts in the series. On linen, NEAR FINE.