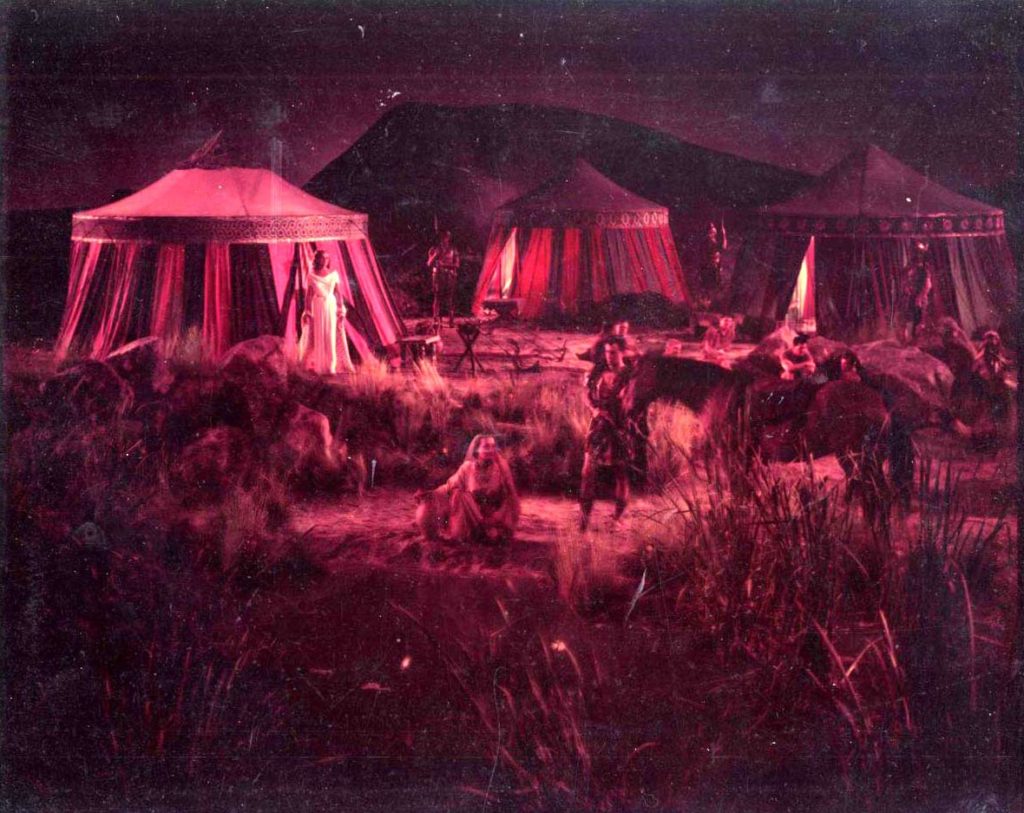 Some of the color, and the extent to which the company went in creating sets, can be viewed in this scene still in which a desert camp has been set up for Princess Salome (Hayworth, at upper right), with Stewart Granger as Commander Claudius (who becomes her lover and leads her to Christianity) and Carmen D’Antonio as Salome’s servant fetching water at center in the image. Amongst the Roman guards is Eduardo Cansino, Hayworth’s father. FINE.