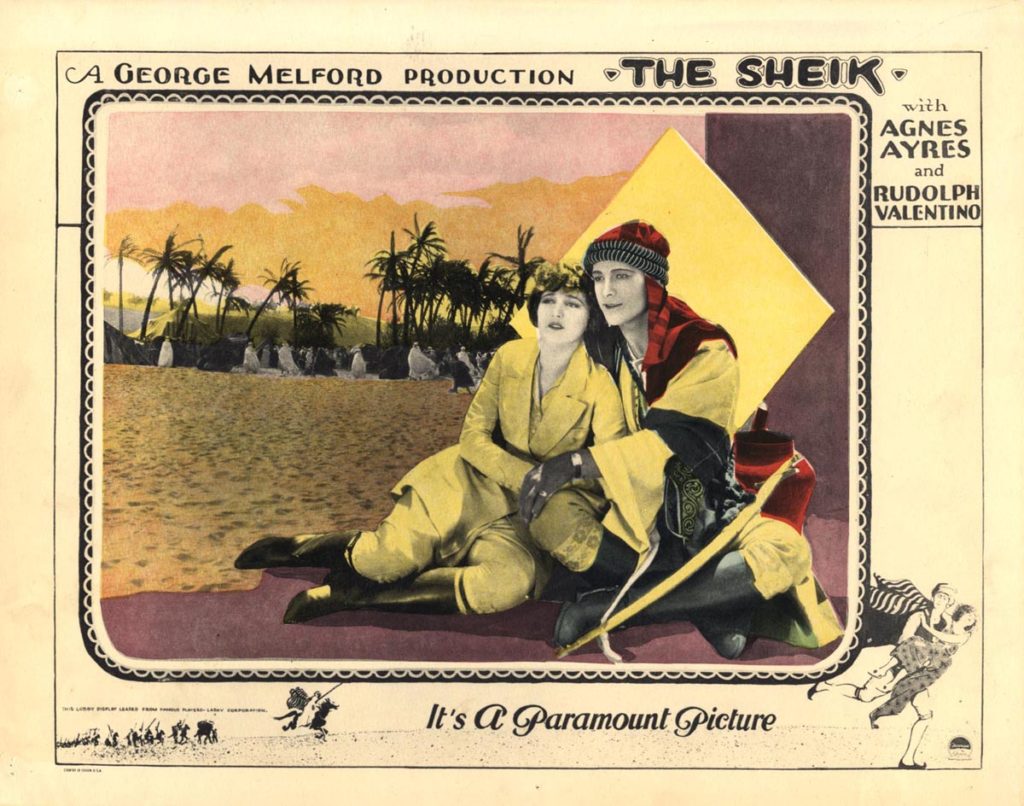 A free thinking British woman is abducted by an Arab sheik who has become infatuated with her when she visits the Sahara desert. He takes her to his desert tent castle and seduces the reluctant beauty. Only when she is kidnapped by desert bandits does she realize she has fallen in love with him, and he is to her rescue!

This film made Rudolph Valentino a star and the image of him as The Sheik is now iconic. He appears on this card in his most famous costumes with leading lady Agnes Ayres. Interestingly, his future wife, Natasha Rambova, appears as an extra, as do three sisters who would become stars — Sally Blane, Polly Ann Young, and Loretta Young. Border art includes line art of “The Sheik” carrying his lady across the desert while being pursued by bandits. There is one single neat closed pinhole in each corner, FINE.