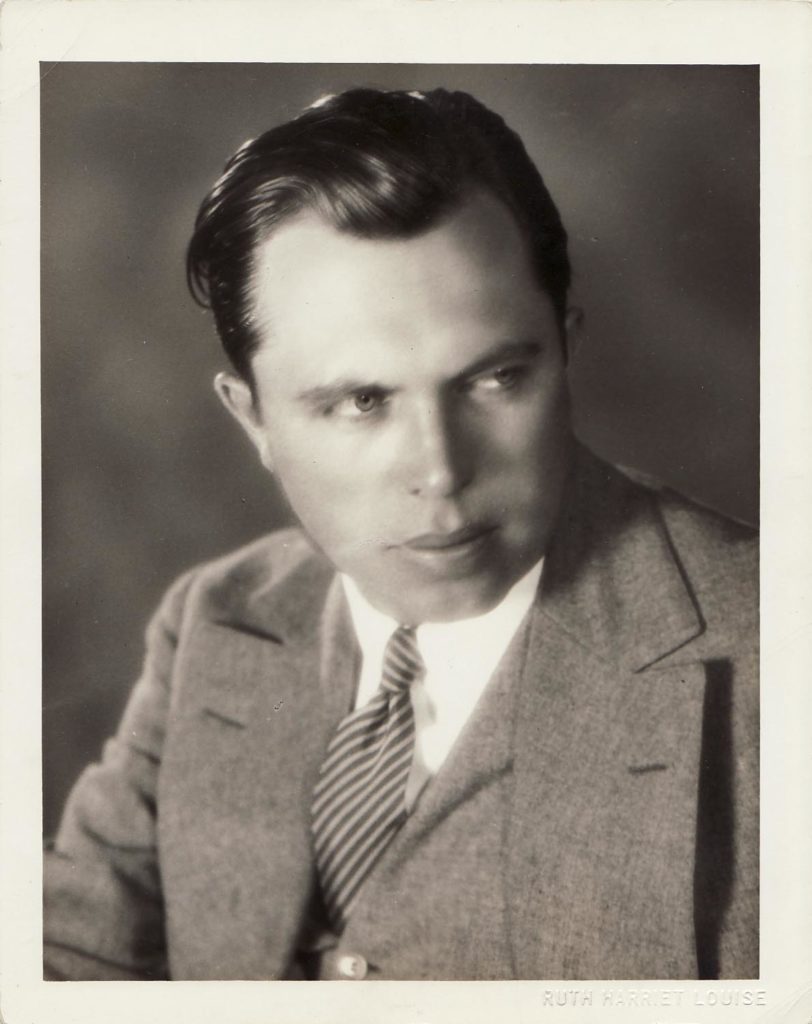 Portrait of the great director during his early glory days at MGM, where he directed a series of major films, which included The Big Parade (1925) and The Crowd (1928).

The photo has at bottom right the blindstamp of Ruth Harriet Louise, whose entire photographic career began in 1925, and only lasted for five years. With photographer’s stamp on back, as well as one for MGM, and a few traces of a descriptive snipe about Vidor, ABOUT FINE.