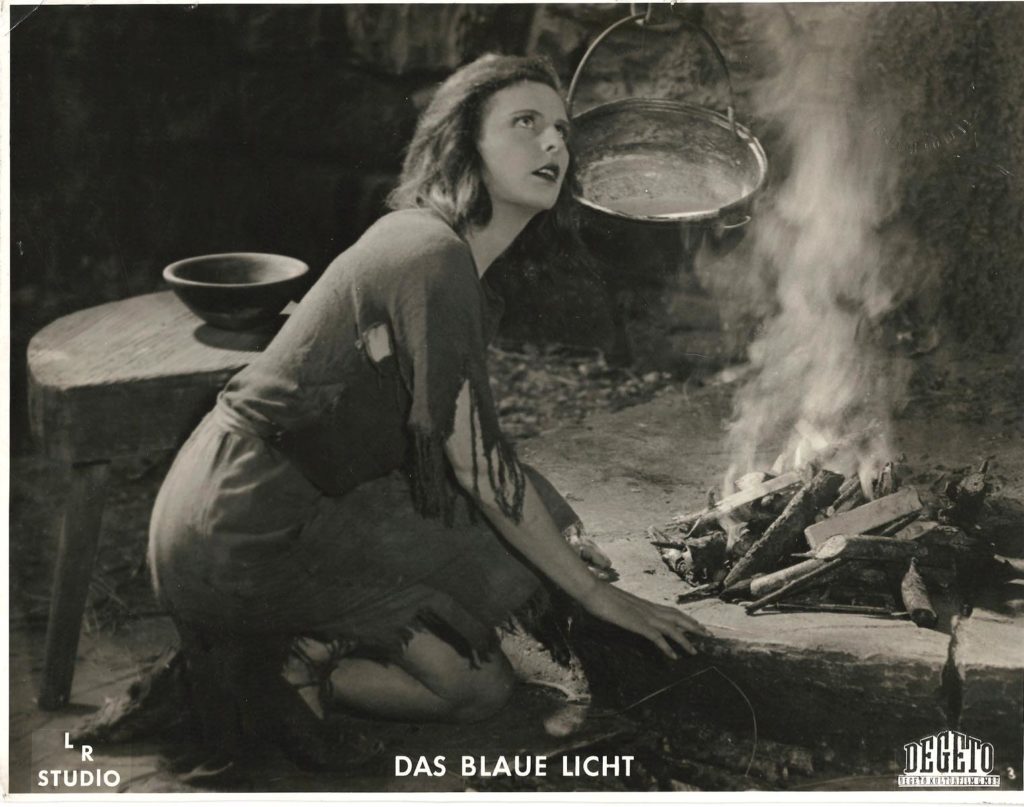 Riefenstahl’s production logo is at the bottom left corner of this image, the title at center and the logo for Degato, the German theatrical distributor is at right bottom corner. There is also the German blind stamp present at the upper right side of the image. On the back is an ink stamp with German distributor’s name and address. Still number 3 shows Riefenstahl as Junta at a hearth. Minor crease at top left corner and minor wear at very too mid right side edge. ABOUT FINE.