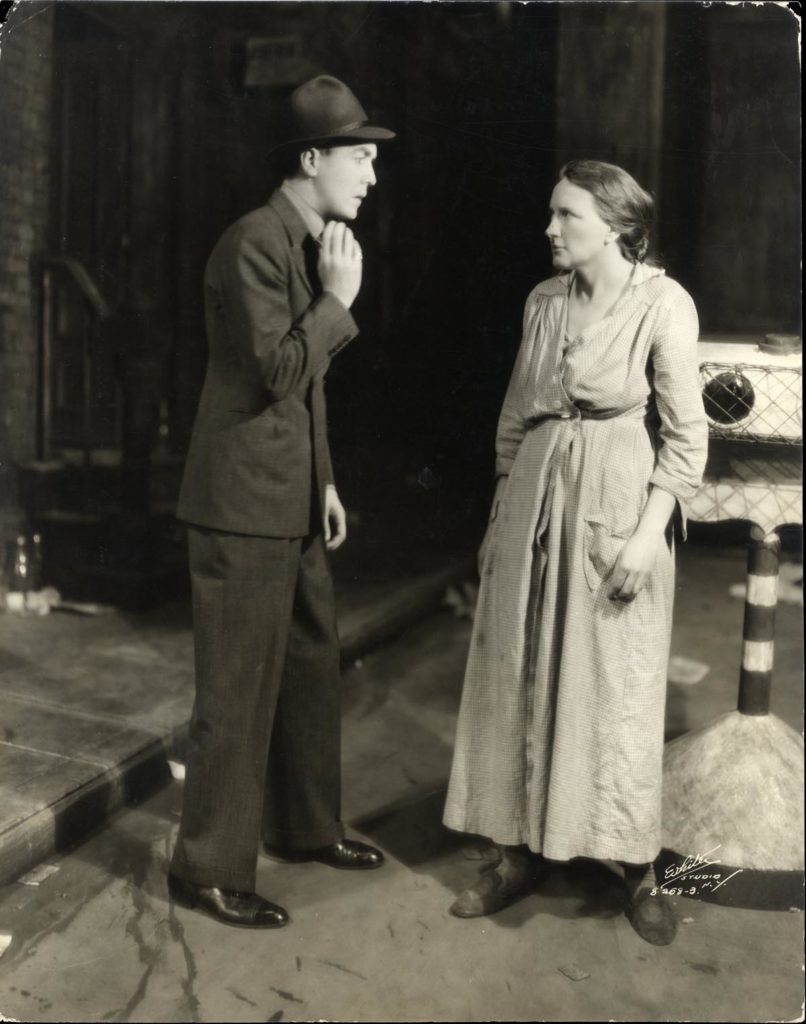 So popular were the kids who played in the show that the studio brought them back to recreate their roles, becoming known as “The Dead End Kids” in a series of low-budget films. Marjorie Main was brought to Hollywood to recreate her role as the downtrodden mother of gangster “Babyface” Martin. Humphrey Bogart would play the film characterization, but here is Joseph Downing in the role in a scene with Marjorie Main. The photo is by White Studio, NY. Some reinforcement tape, informational writing and Culver Pictures stamps on the verso. Light wear at all four corners, VERY GOOD.