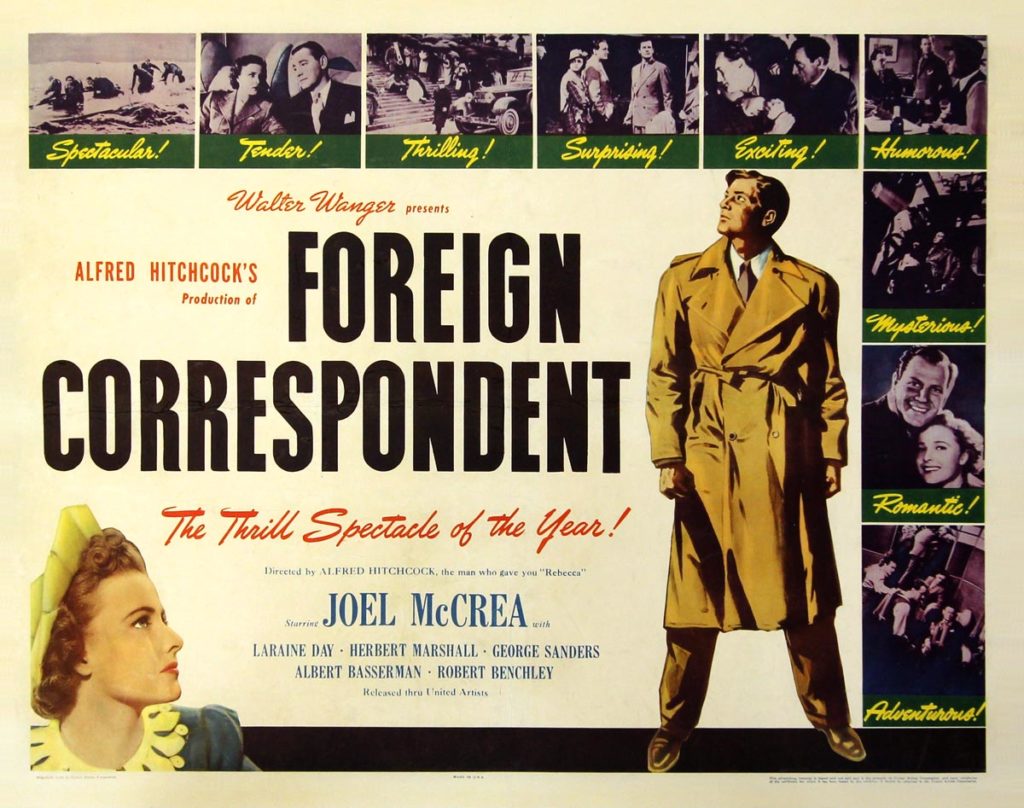 Vintage original 22 x 28″ (55 x 70 cm.) half sheet poster, USA. Joel McCrea, Laraine Day, Herbert Marshall, George Sanders, Albert Bassermann, Robert Benchley, Edmund Gwenn, dir: Alfred Hitchcock. Academy Award-nominated classic for which Hitchcock beautifully blended suspense, action and comedy. There was also a bold political statement, made just as the entire world went to war, that neutrality will not work when others are bent on war. This film, along with Rebecca (which would win many of the Oscars that year) made a huge impression on America during Hitchcock’s first year of Hollywood film making. Gary Cooper and Joan Fontaine were the director’s first choices for the leads played by McCrea and Day.
This half sheet has a much stronger design than the film’s one sheet poster, and it is always a frustratingly elusive piece to find. This poster has been cleaned and is in beautifully preserved condition, paper-backed with the strong center fold addressed with minor touch-up. Internal creases and minor edge tears have been addressed as well. VERY GOOD-FINE.