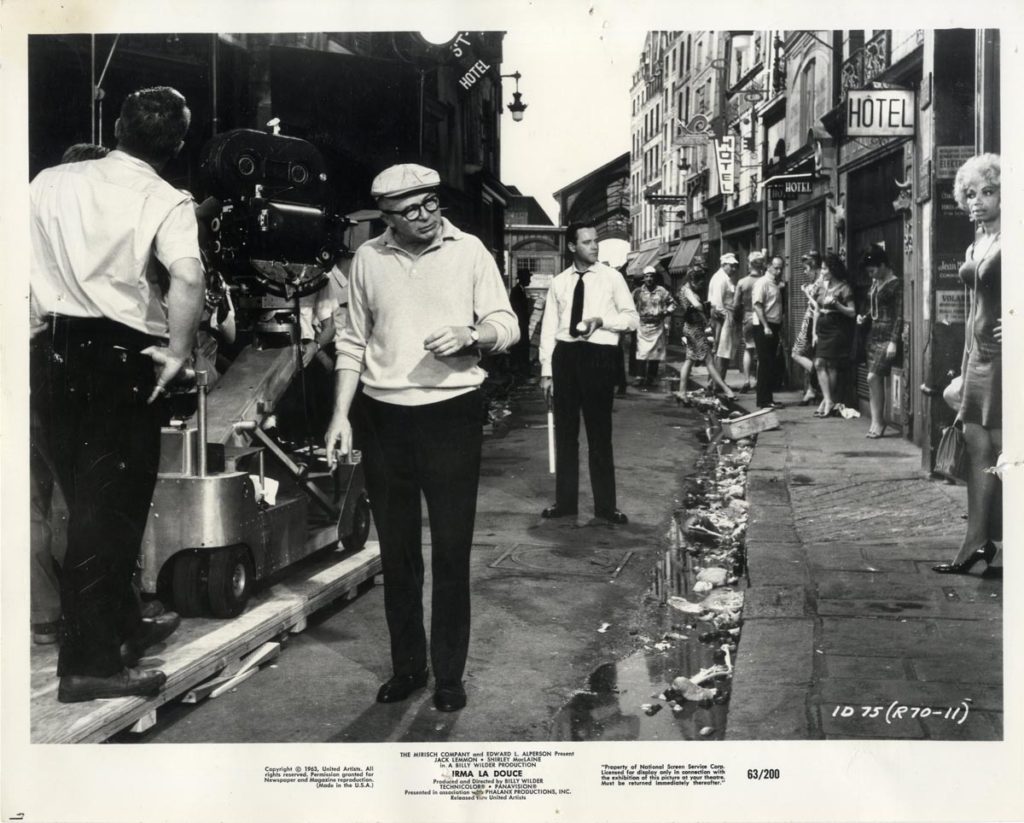 Vintage original 8 x 10″ (20 x 25 cm.) black-and-white single weight glossy silver gelatin print still photo, USA. Shirley MacLaine, Jack Lemmon, Lou Jacobi, Bruce Yarnell, Hershel Bernardi, dir: Billy Wilder; United Artists. The story of the naïve police officer who upsets the agreement between the prostitutes of the red light district and the police, who is fired and then becomes a pimp for Irma while falling in love with her. Taking place in Paris, sets at Sam Goldwyn studios were built to represent the red light district.

In still 1D 75 (R70-11), Jack Lemmon stands in place at upper center as director Wilder, front center works out a moment, the camera and crew at left. Tear at mid right border edge. Several pin holes in the torso area of the woman at the far right side and a number of pin holes in the pants of the man standing at the very left of the photo. VERY GOOD.