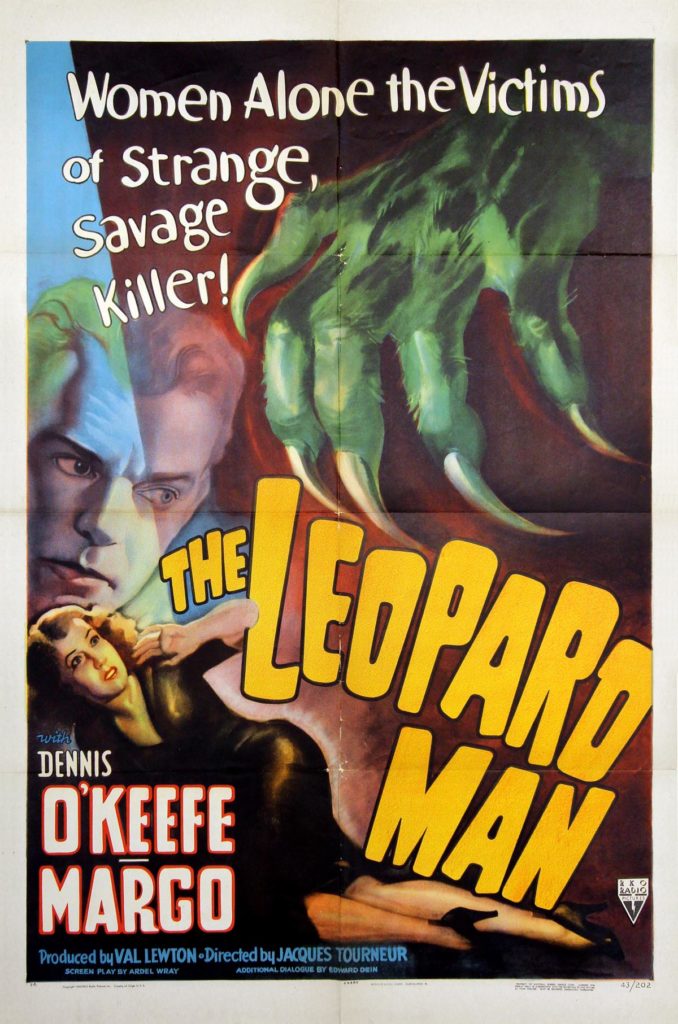 Vintage original 41 x 27″ (103 x 68 cm.) style “A” one sheet poster, USA. Dennis O’Keefe, Margo, Jean Brooks, Isabel Jewell, James Bell, dir: Jacques Tourneur; RKO. Though RKO seldom ventured into the horror realm, for a few years during the 1940s — with Jacques Tourneur and Val Lewton at the helm — they did, and of course produced some of the finest in atmospheric horror posters. This one does not disappoint.
A nightclub performer brings a leopard into the club to spice up her act but her rival is angered and scares the animal, which escapes. A series of mauling deaths ensue in the surrounding New Mexico village, but after a while there is a question as to whether or not it is truly the leopard who is to blame. As with Cat People, the horror here was suggested and implied, making it all the more terrifying. Dynamite, the leopard star of Cat People, made a return in this film.
The graphics are outstanding and the poster in fine condition. It was stored folded and has fold wear. This minor fold wear and fold joint wear has been re-enforced on the verso along the vertical center fold with archival tape. It does not appear to have been displayed. ABOUT FINE.