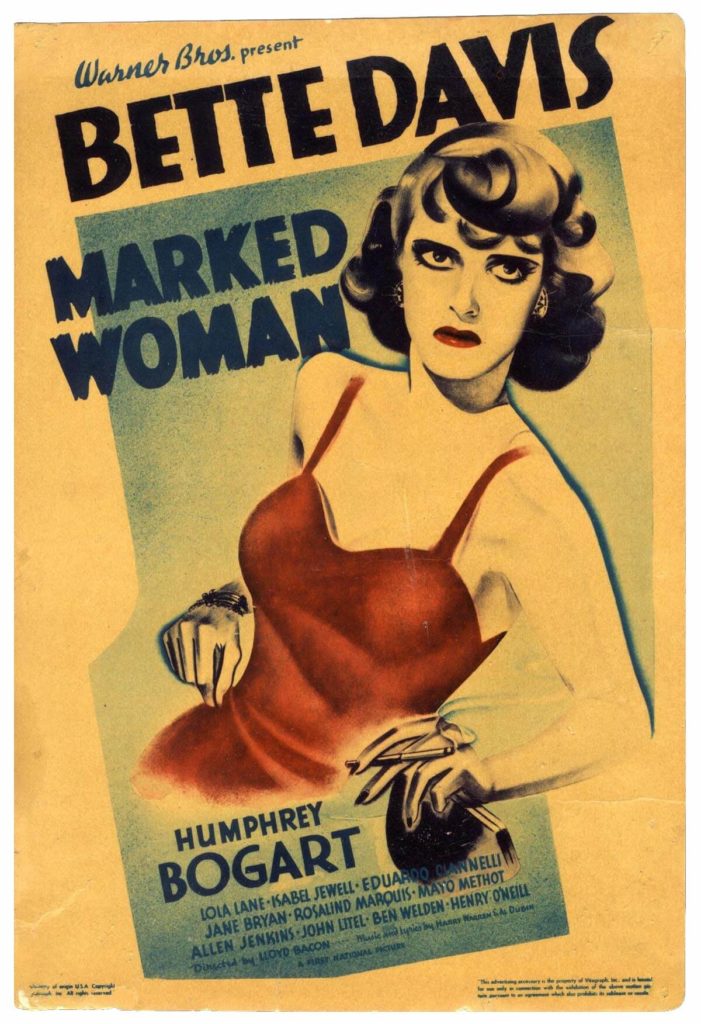 Vintage original 12 x 8″ (30 x 20 cm.) midget/mini window card, USA. Bette Davis, Humphrey Bogart, Lola Lane, Isabel Jewell, Mayo Methot, Jane Bryan, dir: Lloyd Bacon; Warner Brothers. Brilliant tale of hostesses told with as much candor as post-Production Code Hollywood was allowed. Working girl Bette Davis displays herself in one of her most glamorous gowns on this fine Warner Brothers poster of the period. The beaded gown (represented in red on this card) was made for her by Orry-Kelly.

This is the film which marked Bette Davis’ return to Warner Brothers after she walked out on the studio, fed up with the weak roles they were giving her. She got her wish in this role. Here she plays Mary Dwight, the cynical, world-weary hostess of a club run by gangsters. Living with the other hostesses of the club, her kid sister comes to visit and the truth of their means of living must be hidden. The woman are constantly being hauled into headquarters and questioned about their bosses. Davis’ character is beaten by them to keep quiet. But then her kid sister is murdered, and she unravels to the district attorney (Humphrey Bogart). A classic crime melodrama.