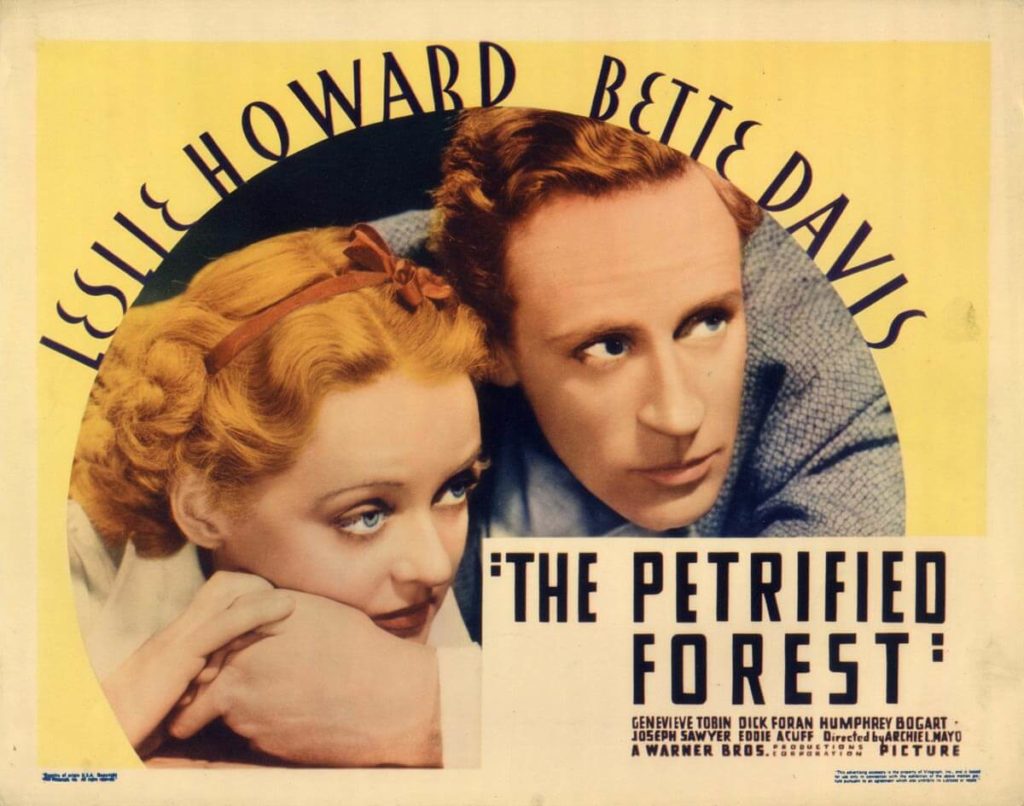 Vintage original 11 x 14″ (28 x 35 cm.) title lobby card, USA. Leslie Howard, Bette Davis, Humphrey Bogart, Genevieve Tobin, Dick Foran, dir: Archie Mayo. A classic crime melodrama of the 1930s, from Robert E. Sherwood’s play. Both Howard and Bogart starred in the play on Broadway, and though he had made several films earlier on, this return to film made Bogart a star in character roles for several years thereafter.

A gangster (Bogart as Duke Mantee) and his hoods hold hostage the inhabitants of a roadside desert café, and the tension builds. A very rare card with beautiful portrait of Leslie Howard and Bette Davis. Very superior condition and color. There are a few light smudges to the blank white margin and a small smudge to the right of the “S” in “BETTE DAVIS” credit. FINE.