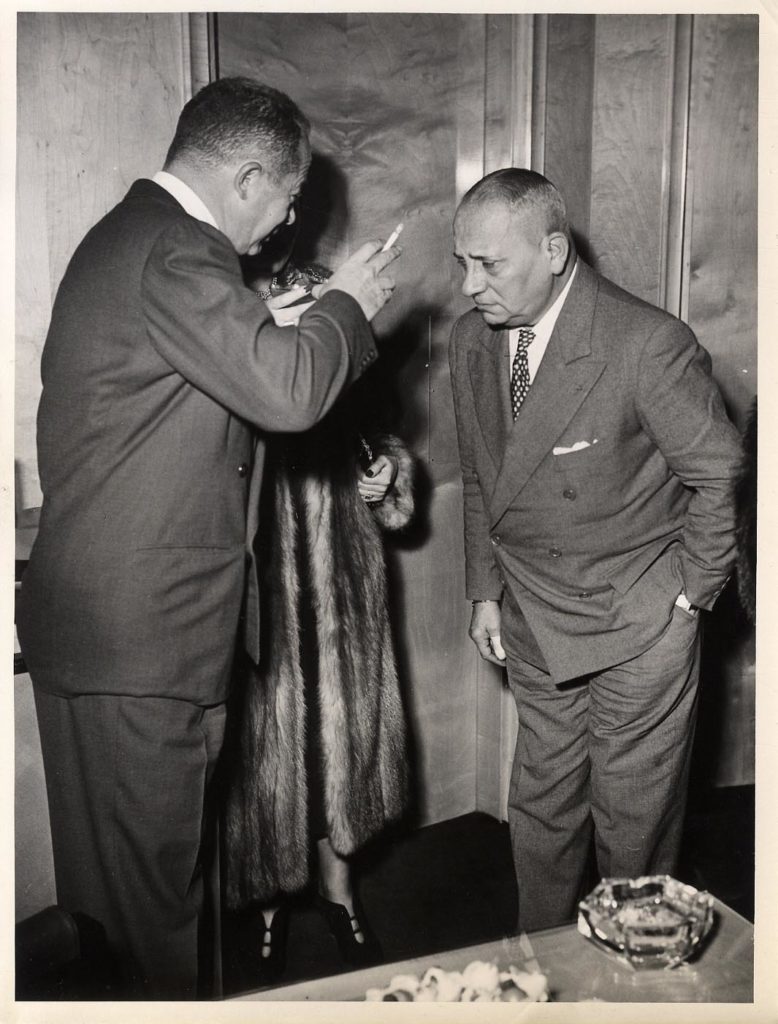 Vintage original 9 x 7″ (24 x 18 cm.) black-and-white single weight glossy silver gelatin print photo, USA. Gloria Swanson, William Holden, Erich von Stroheim, Nancy Olson, Fred Clark, Jack Webb, Cecil B. DeMille, Hedda Hopper, Anna Q. Nilsson, H. B, Warner, Buster Keaton, dir: Billy Wilder, Paramount. A “Hollywood” story which rings true to this day about how the film industry uses and abuses people, and yet from which beautiful and interesting art flourishes.
This rare behind-the-scenes still shows Billy Wilder with Erich von Stroheim following an industry screening of the film at a Paramount screening room. The woman is not identified. There is an original paper blurb attached to the verso which talks about Billy Wilder being in Paris, as well as an ink stamp from the Paramount office in France. Minor handling. ABOUT FINE.