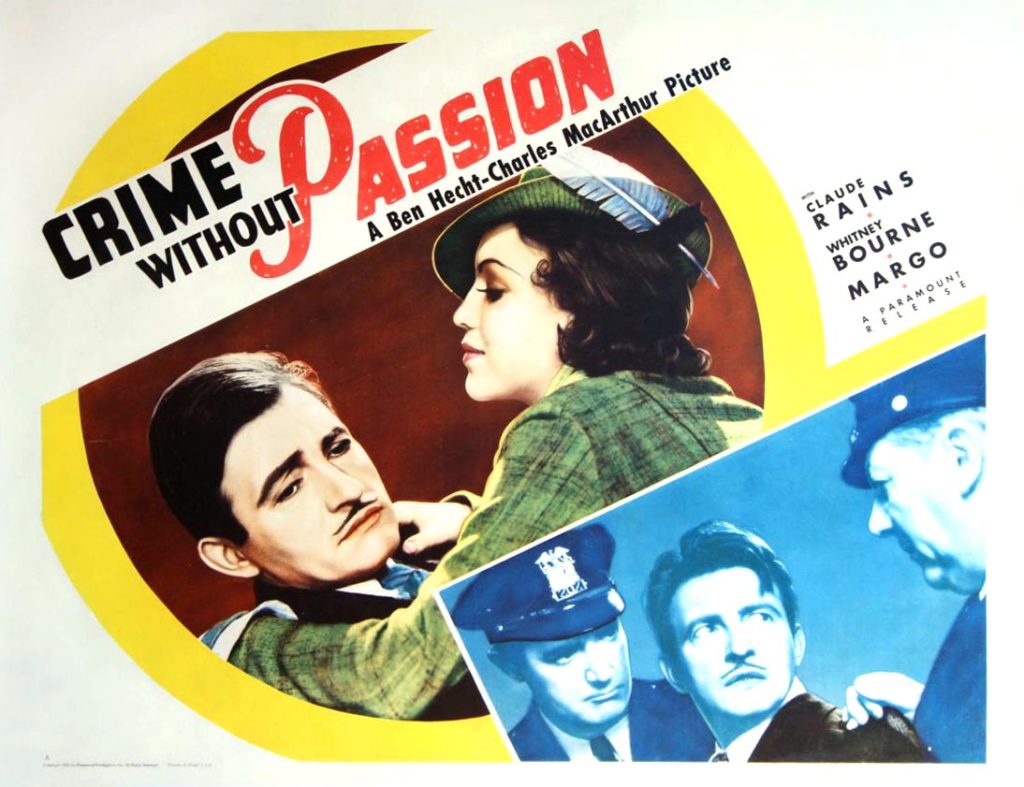 CRIME WITHOUT PASSION (1934) Half sheet poster