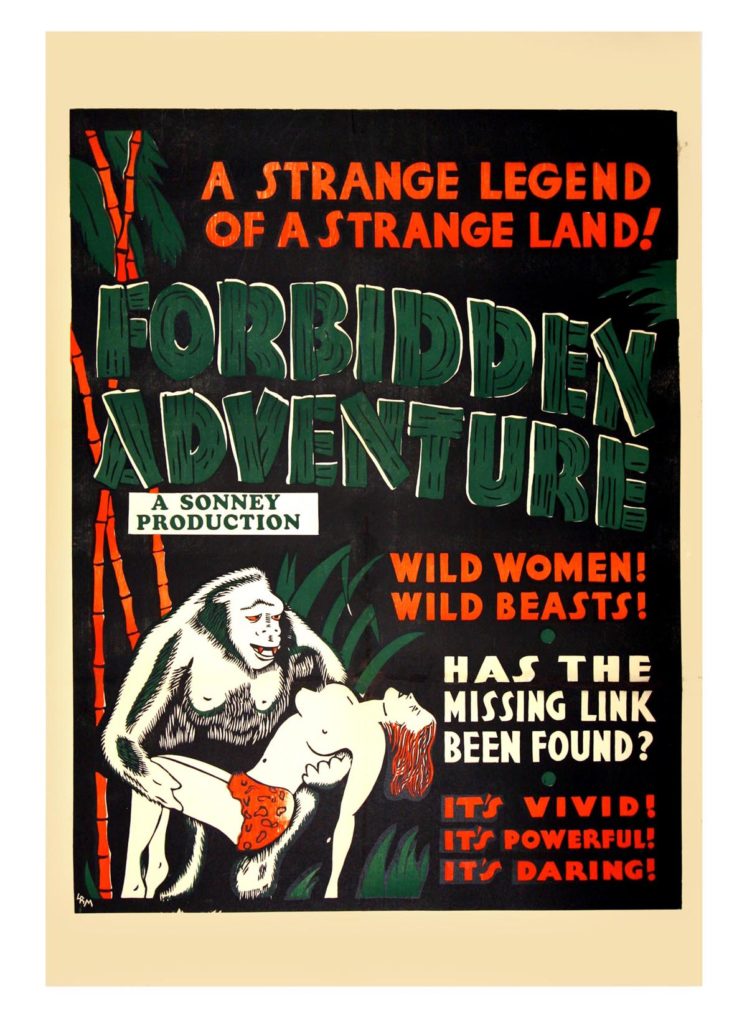 Vintage original 27 x 41″ (68 x 105 cm.) one sheet poster, USA. This is the US-release poster for the 1935 UK exploitation film ANGKOR. The film was a documentary in the “Mondo” style and initially consisted of a basic travelogue of footage shot in Cambodia supposedly during World War I telling the story of the sacred monkeys. The footage was actually stock footage which the filmmakers spiced up by traveling to Los Angeles and hiring prostitutes from the well-known Selma Street brothel to cavort topless, the footage which was then inserted (they were menaced by a gorilla in the story). Later US-reissues of this film used the titles FORBIDDEN ADVENTURE IN ANGKOR and THE GORILLA WOMAN.
One of the finest posters in this tradition. On linen, VERY GOOD-FINE.