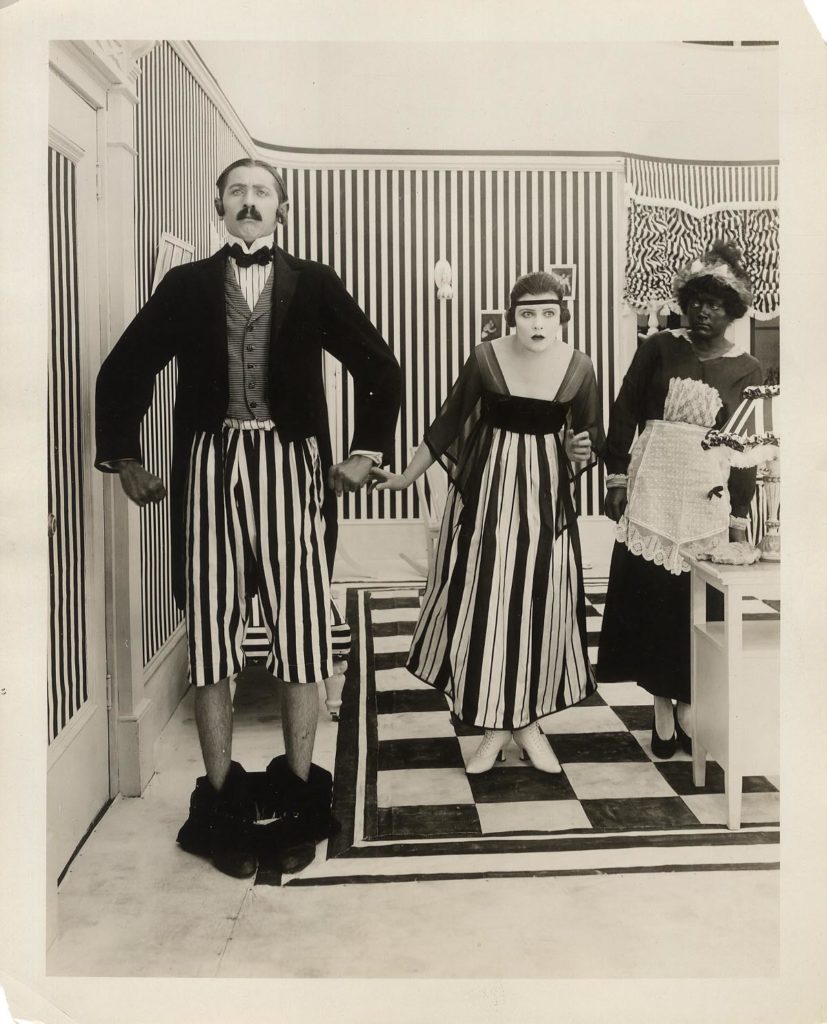 Vintage original black-and-white single weight glossy silver gelatin print still photo, USA. Harry McCoy, Julia Faye, Mary Thurman, A. Edward Sutherland, Malcolm St. Clair, dir: Walter Wright; Keystone Film Company. Very unusual art direction and costuming make this somewhat bizarre still from a Keystone comedy short charming. The film is most likely lost. Interestingly, it featured two soon-to-be prominent film directors as actors, Malcolm St. Clair as the Butler and A. Edward Sutherland as the Wealthy Maiden’s Suitor.
The wealthy maiden was played by Mary Thurman, and the verso is stamped with her name above the title. She was a Mormon who came to Los Angeles with her family as a teen, was discovered by Mack Sennett, and became one of his original bathing beauties. Her career is largely forgotten as she died in 1925 at age 30 while filming in Florida. She is at center. Creases at all corners. The top right and bottom left corner are chipped. VERY GOOD-FINE.