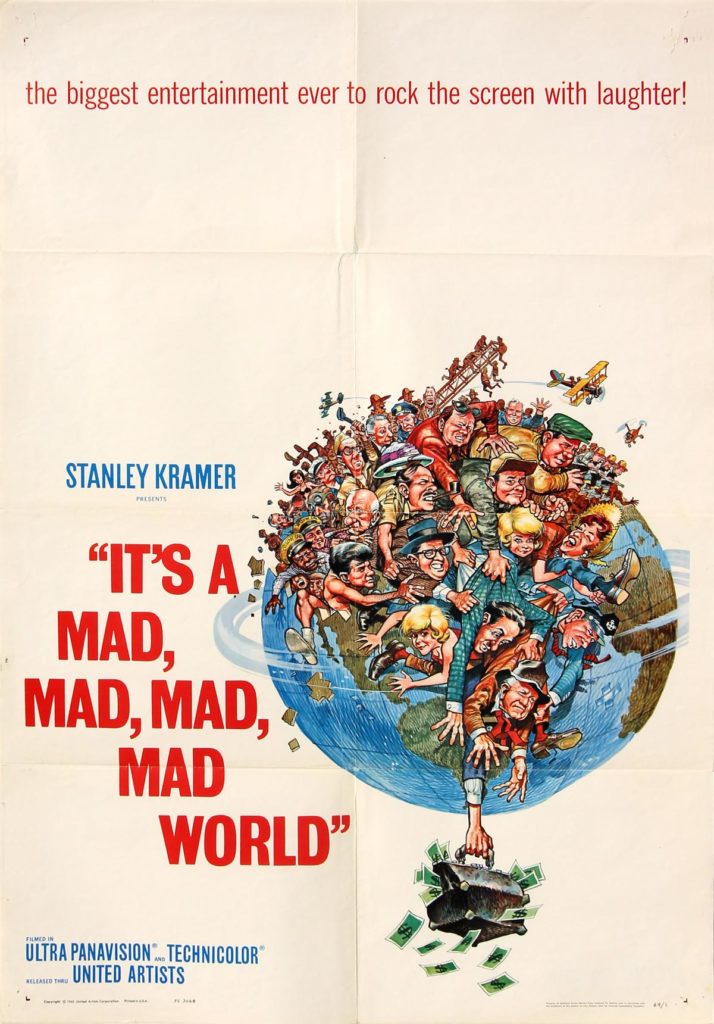 Vintage original 41 x 27″ (103 x 68 cm.) one sheet poster style A, pictorial style, USA. Spencer Tracy, Milton Berle, Sid Caesar, Buddy Hackett, Ethel Merman, Mickey Rooney, Dick Shawn, Phil Silvers, Terry-Thomas, Edie Adams, Dorothy Provine, dir: Stanley Kramer; United Artists.
The crazy classic comedy involving an insane car chase to find the location of buried money. Many of the comedy greats of Hollywood were cast, and many, who were not, wanted to be, so they played cameos (including The Three Stooges, Jimmy Durante, Jerry Lewis and Buster Keaton). The couple which Sid Caesar and Edie Adams play originally was set for Mickey Rooney and Judy Garland. The mishaps, stories and legends about the making of the film are enough to fill a volume. It was a huge money maker. There were many Academy Award nominations in the category of sound, music and cinematography.
The style A poster features the work of artist Jack Davis. Poster is folded. It has staple and pinholes at the at all four corners. The fold junctures and fold bottom have been re-enforced on the verso with archival tape. NEAR FINE.