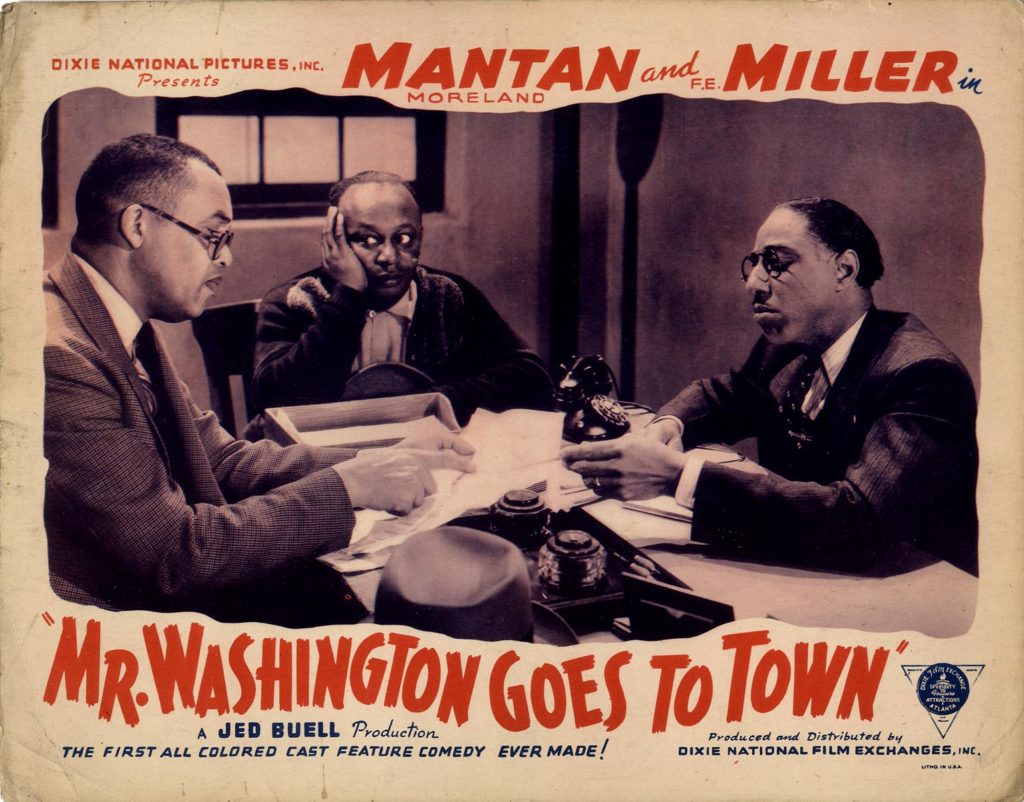 Vintage original 11 x 14″ (28 x 25 cm.) lobby card, USA. F.E. Miller, Mantan Moreland, Maceo Bruce Sheffield, Margaret Whitten, dir: Jed Buell, William Beaudine, Dixie National Pictures.
Wallingford and Schenectady are cellmates in jail; a newspaper reports that Schenectady has inherited a hotel. He falls asleep and dreams of what that would be like in what the card proclaims is “The first colored cast feature comedy ever made.” Shot in Los Angeles in six days, it was directed by veteran B director William Beaudine, who was hard-up at the time but did not want to be associated with a low-budget, all-black cast film, so producer Joe Buell put his name on the credits.
Star Mantan Moreland is at center. There is soil at the top left corner edge, as well as a bit to the blank white background. A bit of creasing to the bottom two corners. VERY GOOD-FINE.