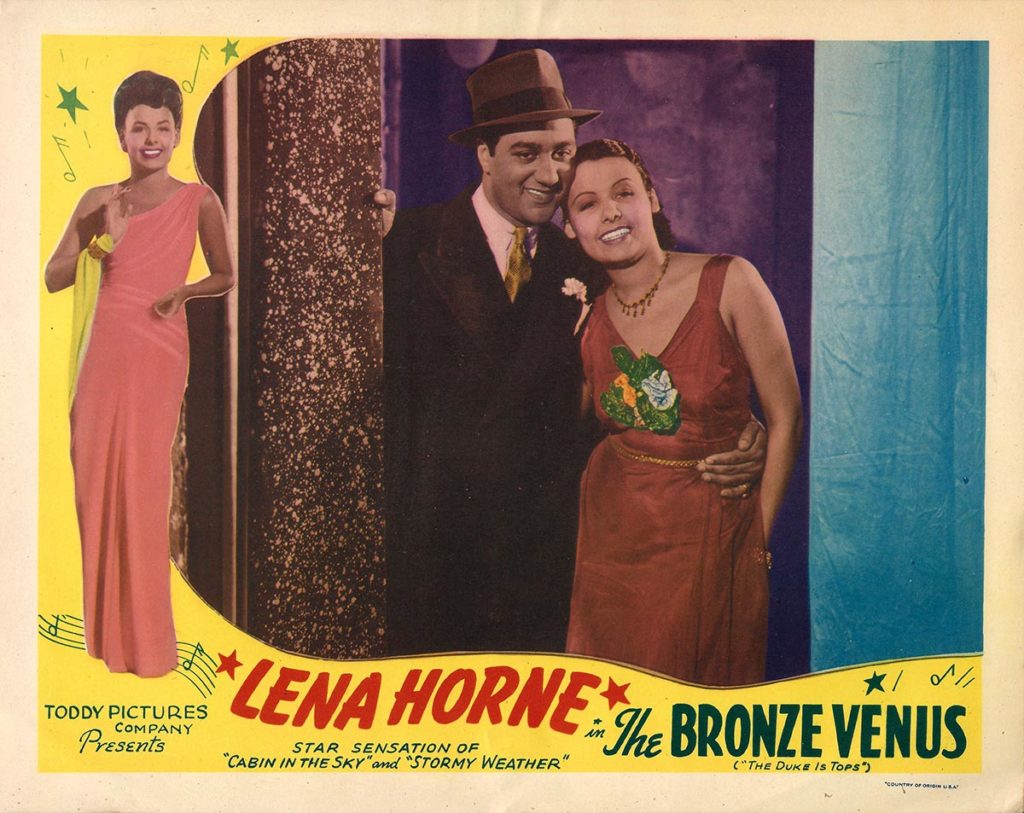 A few years later, when Lena Horne had become a star of A production films at the major studios MGM and 20th Century Fox, Toddy Pictures re-released the film under this title, emphasizing her character rather than that of the one played by Ralph Cooper (who also co-wrote and co-directed). Toddy was even allowed to use a portrait of Lena on the left side of the lobby card from her MGM feature Thousands Cheer. Between 1938 and 1943 Lena had become movie star svelte and was one of the only African American entertainers to become a star in mainstream motion pictures.

Lena is pictured with dancer and leading man (nicknamed “The dark Gable”) of the African American film of the time, Ralph Cooper. Minor paper clip indentation at the top middle margin and very light crease at bottom right corner, ABOUT FINE.