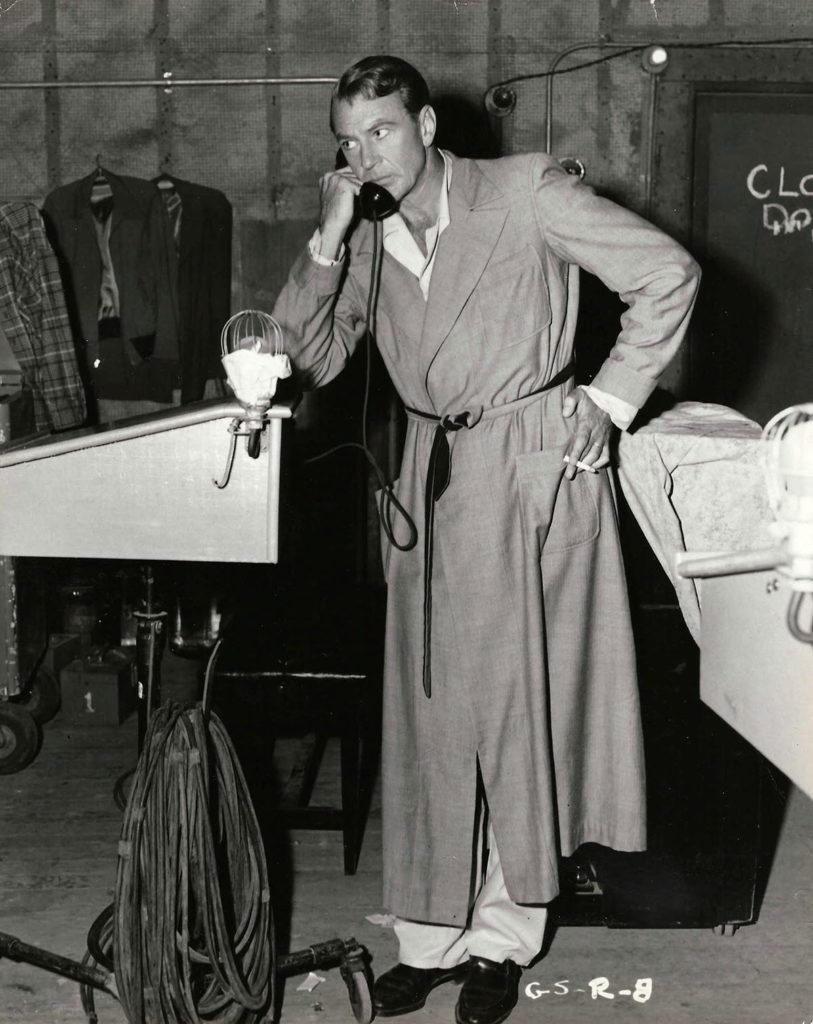 At the end of World War II, a number of studio directors left their studio contracts to make films under their own independent companies, to be released by the majors, thus Leo McCarey and company with this film. This story by McCarey with John D. Klorer of do-gooder Sam Clayton who often does so much for others that he finds himself broke was a perfect vehicle for Gary Cooper. Audiences enjoyed the message but it was a critical and commercial flop. Ann Sheridan felt it was because she and Cooper had not on screen chemistry.

This behind-the-scenes shot of Cooper in bed costume on the phone has its original attached paper blurb from RKO Picture News Service and it is called an exclusive. It also features the RKO copyright ink stamp on the verso. It is borderless. Minor edge wear along top and one tiny tear at top near right corner, ABOUT FINE.