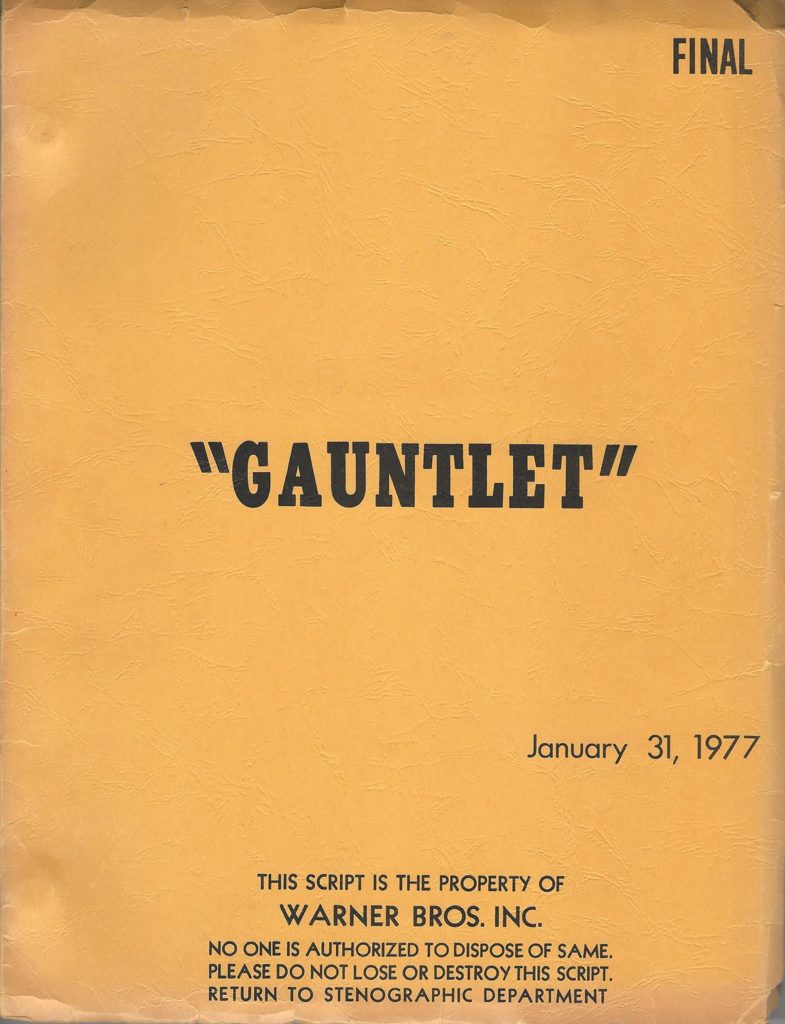 An original screenplay by Dennis Shryack and Michael Butler Final Draft January 31, 1977 [with revisions dated up through 2/11/77].

Clint Eastwood’s sixth film as a feature film director. His career has always featured large shifts in tone and genre. His previous film was the very intense historical revenge film, The Outlaw Josie Wales, and he then shifted to The Gauntlet, a rather breezy action film in which he also stars as a cop who is assigned to escort a prostitute into custody from Las Vegas to Phoenix. Of course, there are various obstacles to her arriving alive, but the film is relatively light and relaxed in tone.

The film was a popular success, and it created a kind of subgenre of comedy/action film/thriller, to which Eastwood was to return for future films which he produced, starred in, and (sometimes) directed. NEAR FINE.