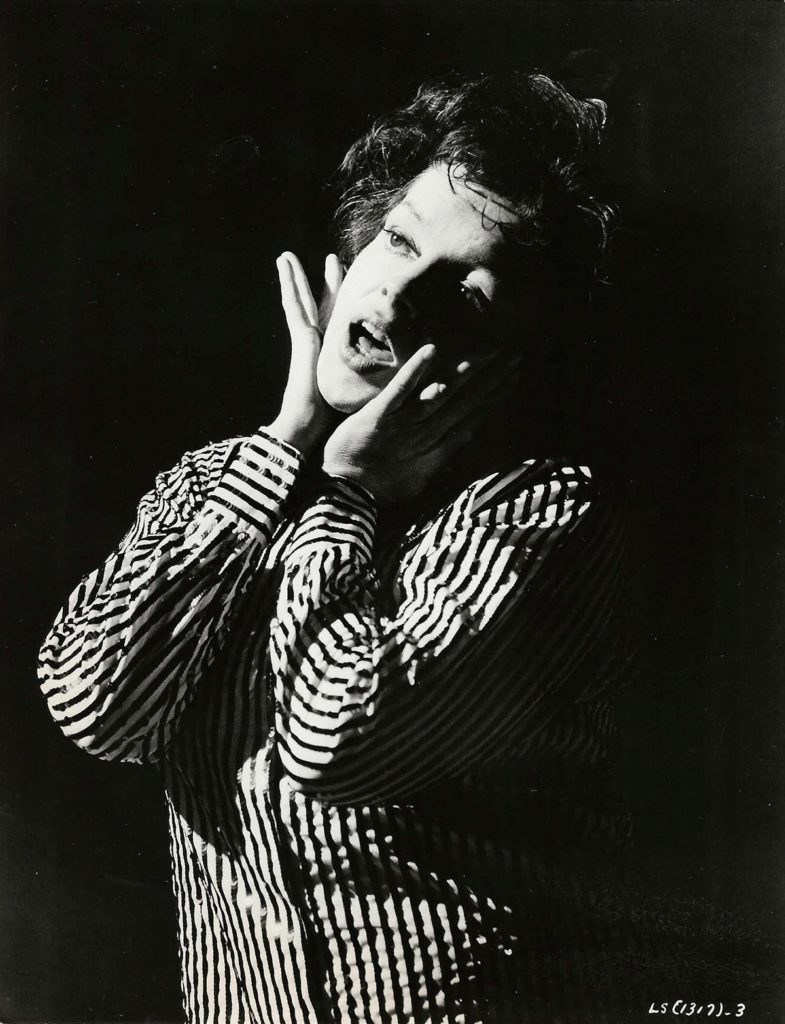 Even today, the acting by both Garland and Bogarde (and the supports) is considered superb and the musical interludes, spell binding. Most of Garland’s concert performance work in the film was shot at the actual London Palladium, the scene of several record breaking concert engagements by Garland. A mock-up of the Palladium stage was erected at Shepperton Studios for some of her songs and this still is for one of those.

Here she performs, with just a pianist (David Lee) the beautiful Kurt Weill/Maxwell Anderson song “It Never Was You.” Judy Garland is framed in light on the stage, an iconic image of the beloved lady. Bob Willoughby is credited with the still photography on this film. It is coded LS (1317)-3 on the front. A very fine glossy print, FINE.