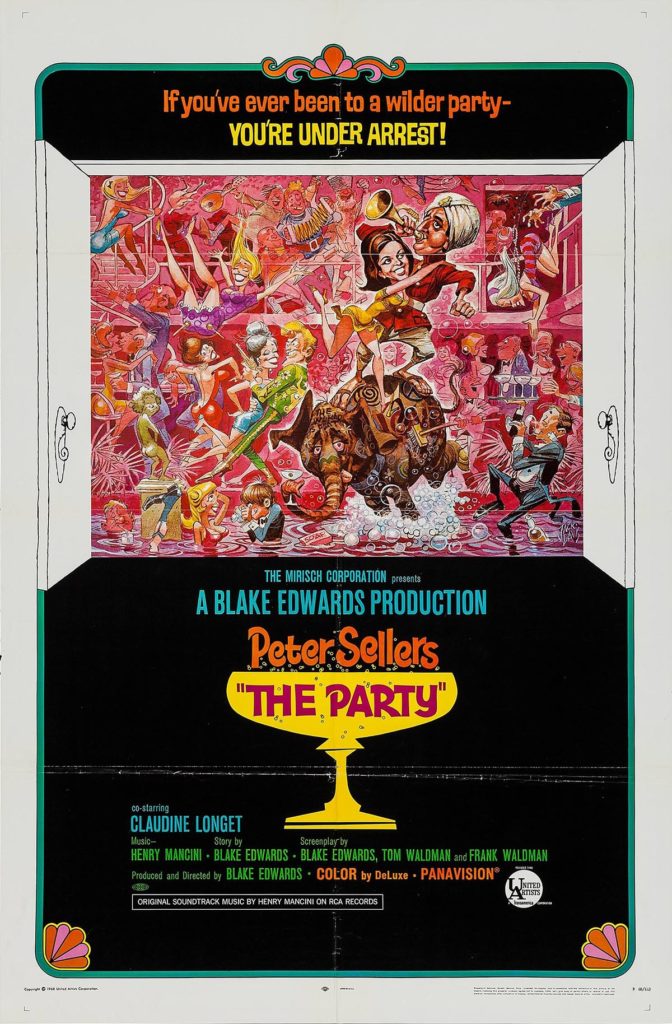 Hurndi V. Bakshi (Peter Sellers) is an actor from India. During the filming of a costume epic a list of those to fire on the film gets confused with the studio head’s guest list for a party and Hurndi appears for the party, where everyone assumes he belongs. A series of hilarious slapstick scenarios ensue, making it one of the funniest of the Sellers/Edwards film efforts. There was just a 56 page outline from which the film was improvised.

Fun alternate 1960s art by Jack Davis. This poster was stored folded, but it was not used. It displays normal storage fold wear, ABOUT FINE.