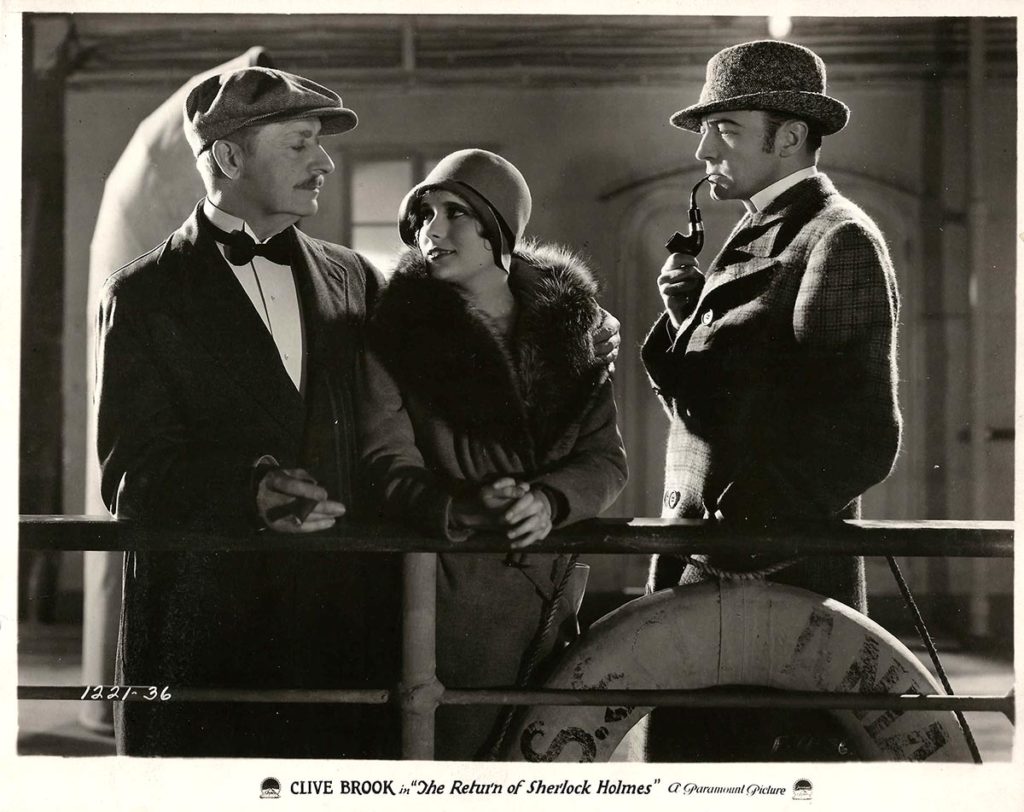 Made at the Paramount Kaufman Astoria Studios in New York and employing actors of the theatre, this early Holmes effort is an antique curiosity today, full of gadgets and gizmos which have little to do with Sir Arthur Conan Doyle. The story also updated the setting to the present day.

Clive Brook was known for his understated interpretation of the main character and he featured at right along with H. Reeves Smith as Dr. Watson and Betty Lawford as Marry Watson. Unfortunately, the sound disks to this film are presently lost. Still 1221-36 includes the Paramount logo and title information along the bottom blank white margin. Actor’s names written in pencil on verso. Right blank white margin edge a bit irregularly trimmed for publication, NEAR FINE.