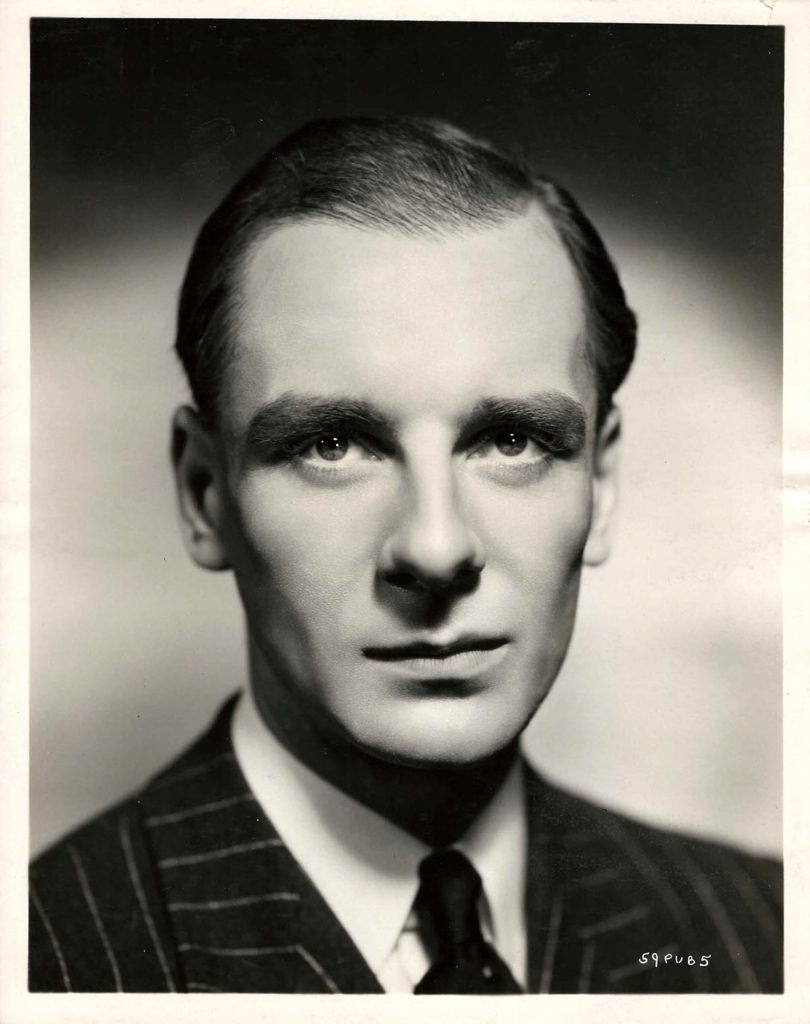 Vintage original 8 x 10″ (20 x 25 cm.) black-and-white single weight glossy silver gelatin print still photo, UK. John Gielgud, Peter Lorre, Madeleine Carroll, Robert Young, Lillie Palmer, dir: Alfred Hitchcock; Gaumont British Corp. Based on a Campbell Dixon play and Somerset Maugham novel, Hitchcock and his writers brought to the screen a brilliant tale of mystery and thrills, tinged with comedy and romance, presented in a style all his own. The story is about three British agents assigned to assassinate a German spy during WWI. Two of them suffer problems when the mission conflicts with their consciences.

This is a rare British photo from the UK-release of the British Gaumont film. The portrait is coded 59Pub5. Paper blurb and full British studio stamp on verso. There is minor curling to the still and some wear at the mid right side border and a tiny tear near the top right corner, VERY GOOD-FINE.