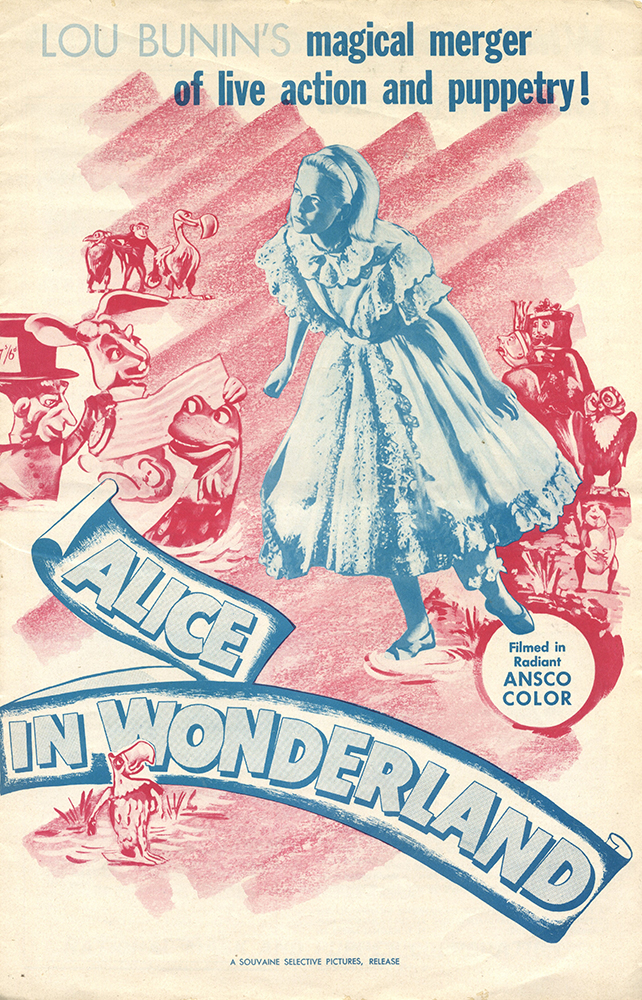 A very scarce booklet issued for the U.S. release of this Lewis Carroll adaptation—a French film featuring an elaborate use of stop-motion puppetry organized by produced Lou Bunin, a mid-Century master puppeteer, to which was added British live action footage of such characters as Queen Victoria and Carroll himself. Disney sued to prevent this film from being screened, as they regarded it as infringing on their upcoming 1951 animated film.