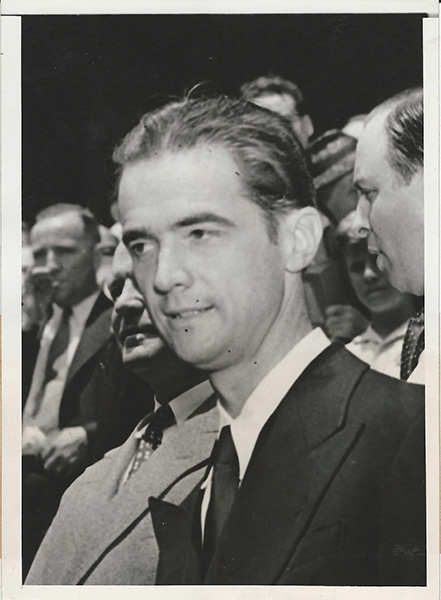 Vintage original 5 x 7” (12 x 17 cm.) black and white single weight glossy silver gelatin print still photo, USA.  The original attached paper blurb on the verso describes this image of Howard Hughes as that in which he is about to give a speech for the event described below:

Before they took off from Floyd Bennett Field, the Lockheed was christened New York World’s Fair 1939, in keeping with an agreement that Hughes had made with Grover Whalen and the fair’s organizers.

Photo is dated 1/15/38 and is for his speech upon arriving after the flight.

ACME photo stamp is on verso as is stamp for Ref. Dept. N.E. A., which at the time referred to the National Education Association. Shows minor use. NEAR FINE.