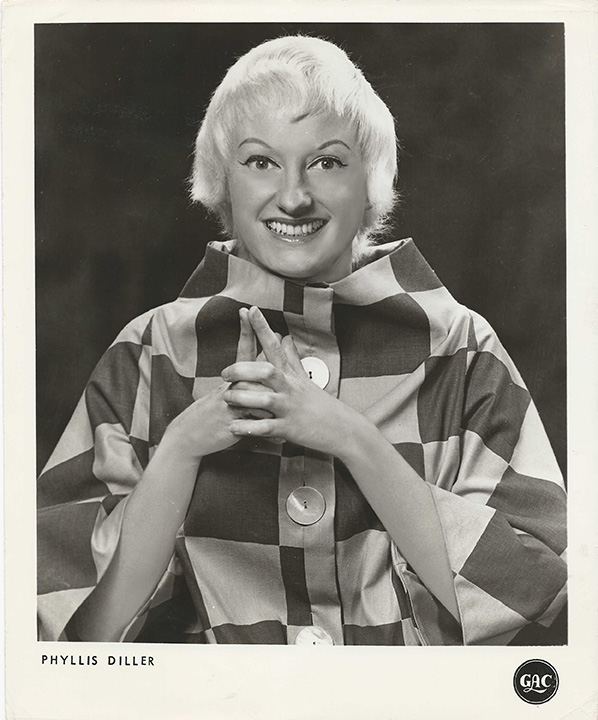 Vintage original 8 x 10” (20 x 25 cm.) black and white single weight glossy silver gelatin print still photos, USA. Having married young, Phyllis Diller raised her children and at the age of 37 started a career as a stand -up comedian when her husband lost his job. Starting in small clubs in Northern California, she traveled to New York City, where by 1960 she had some television experience and was performing at Bon Soir, where newcomer Barbra Streisand was her opening act. Bob Hope took note and she soon became a TV and film regular. This promo shot of her, wearing a signature costume appears to be from that late 1950s, early 1960s period in which GAC (General Amusement Corporation), one of the top talent agencies in the country represented her. Minor corner creases. ABOUT FINE.