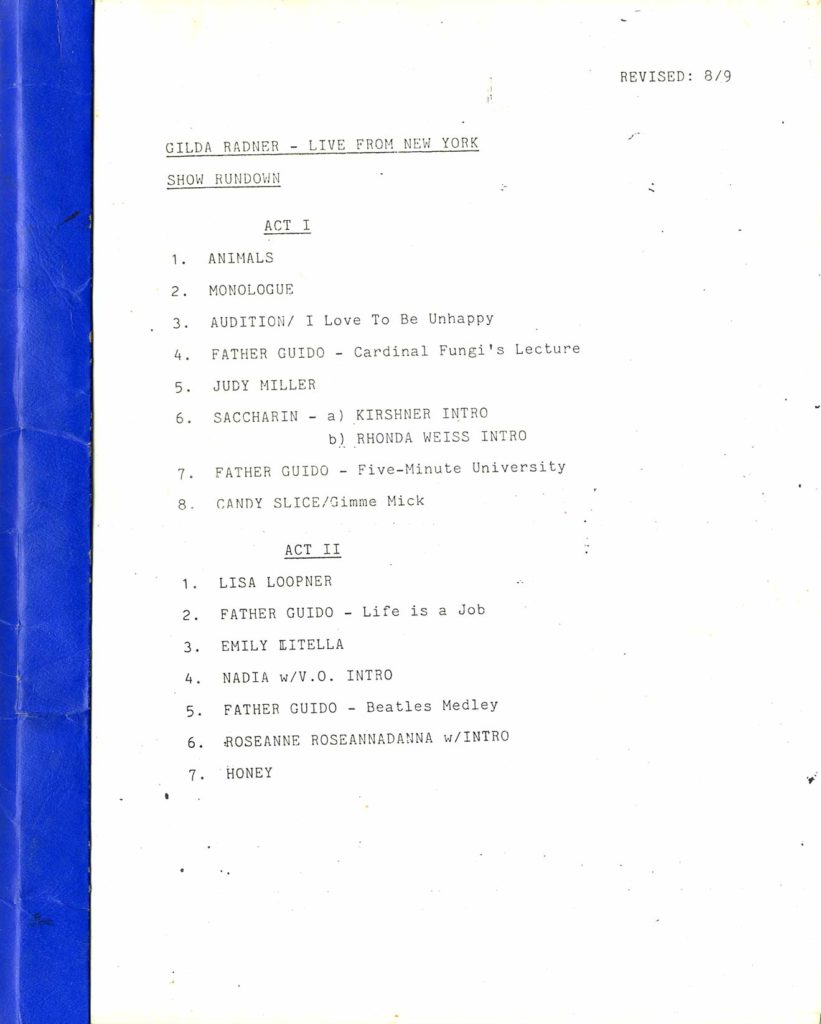 The film rendition of Radner’s one-woman Broadway show Gilda Radner Live on Broadway, which debuted on August 2, 1979, directed by Mike Nichols and produced by Lorne Michaels. The show included some of her most popular characters from Saturday Night Live such as Roseanne Roseannadanna. Laid in is a black-and-white headshot photograph inscribed “Love, Gilda Radner”. Copy belonging to still photographer Ron Munkasci, with his staging notes and sketches to the final page of the script in holograph pencil.