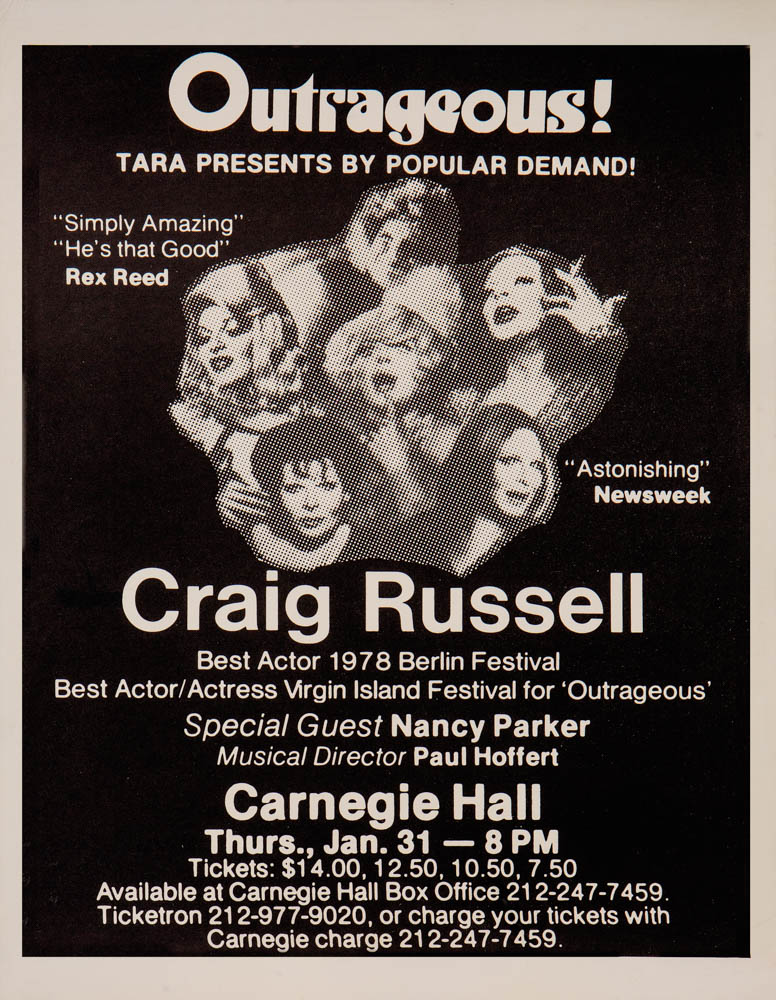 Craig Russell was an actor and self-identified female impersonator, whose roster included his takes on Bette Midler, Anita Bryant, Shirley Bassey, Judy Garland, Bette Davis, and Tallulah Bankhead. By 1971, he was a regular performer in Toronto gay clubs, and soon after had a major international career. He starred in the 1977 movie OUTRAGEOUS!, which added to his reputation. This poster is for a Carnegie Hall event one year after that film’s release.