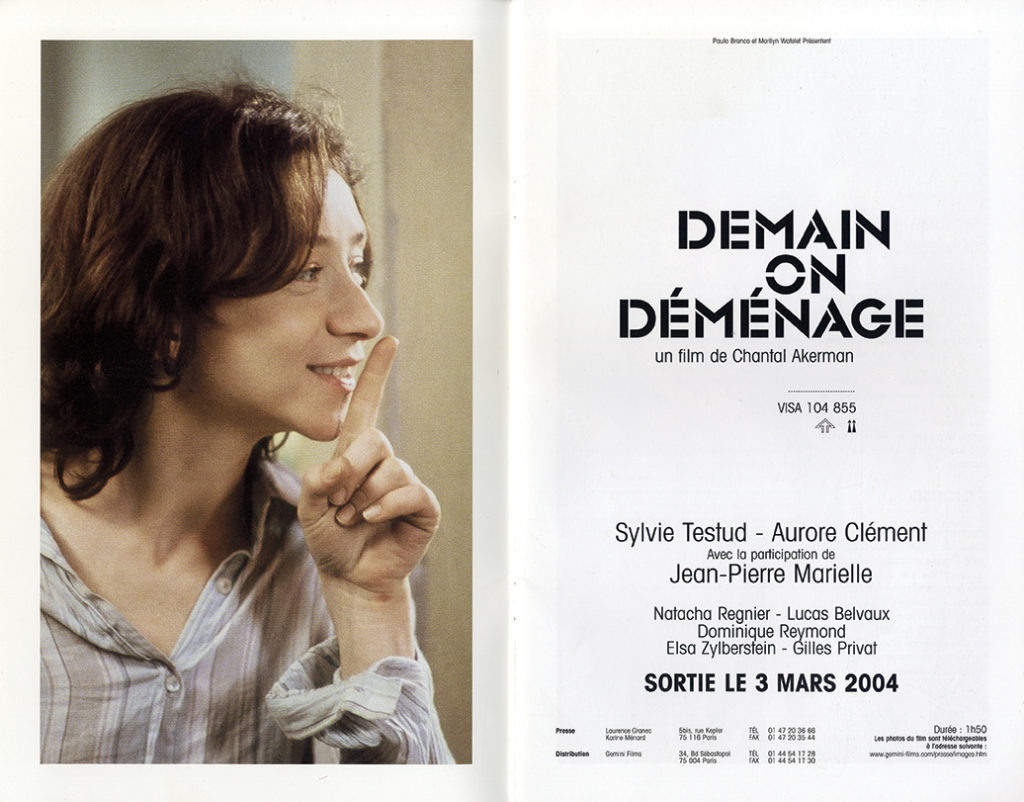 Paris: Gemini Films, 2004. Vintage original pressbook, France. Quarto, printed wrappers, 20 pp., JUST ABOUT FINE. Sylvie Testud, Aurore Clement, dir: Chantal Akerman; Gemini Films. The subject of displacement regularly turns up in Chantal Akerman’s films — here in a quirky comedy (which won the French Lumiere Award for Best French-Language Film of 2004) “Story of a mother, who after the death of her husband, comes to live with her daughter with piano, baggage, and furniture in tow. It soon becomes a nightmare of clutter.” The young woman is attempting to write erotic fiction, despite her indifference to sex, and her mother is trying to give her a hand.