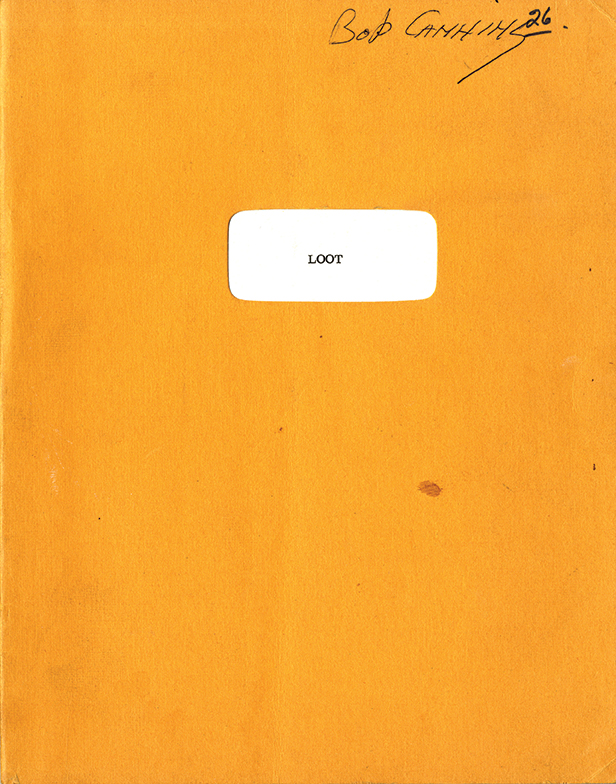 “In LOOT, Orton focuses on the homosexual character Hal, who robs banks and even uses his own dead mother’s corpse as a vehicle for his underhanded, criminal enterprises.” (Summers, p. 533)