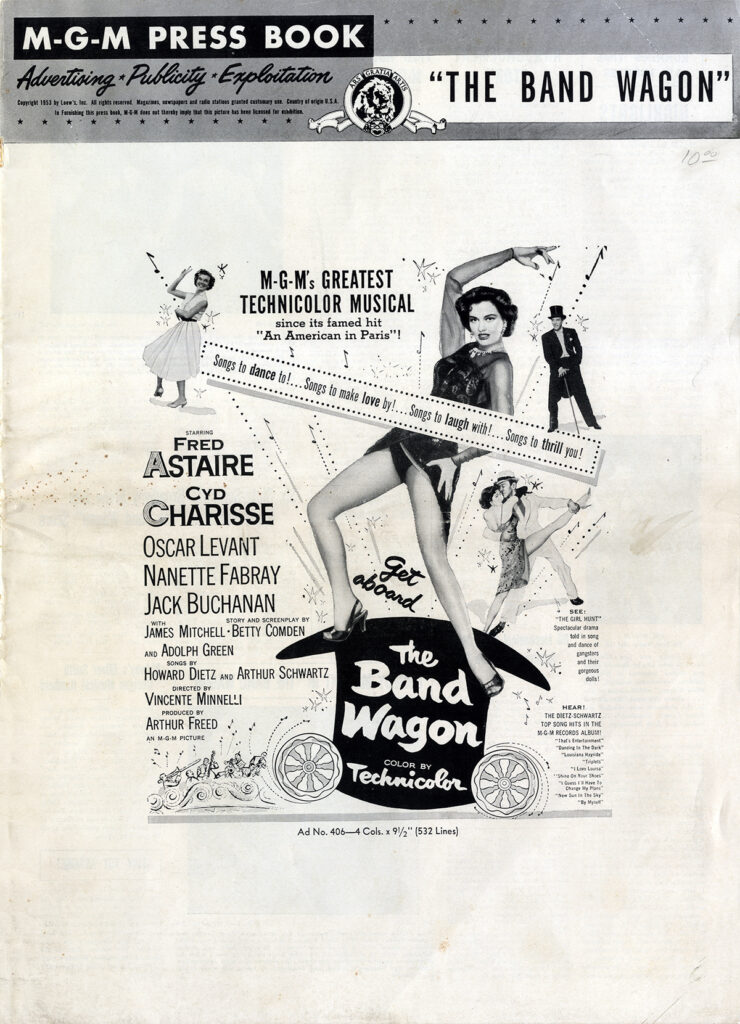 A substantial book detailing the MGM promotional campaign for this classic Vincente Minnelli musical, with a script by Betty Comden and Adolph Green, and notable performances from Fred Astaire, Cyd Charisse and Oscar Levant. This is one of Minnelli’s and producer Arthur Freed’s most notable films.

“Astaire was never better cast than as [an] inarticulate master of his field, shy but stubborn, who wants nothing more than to keep that niche in the ‘world of entertainment,’ which is his haven from despair. It’s a description that’s just as apt for Minnelli. In the end, THE BAND WAGON triumphs by communicating that determination and excitement so vigorously to us civilians in the audience, its songs and dances tossed up on the screen like colors flung at a canvas. With this testament to the milieu which nourished his own life, Minnelli gives us the whole eight-eighths.” (Harvey, Directed by Vincente Minnelli, p. 126)