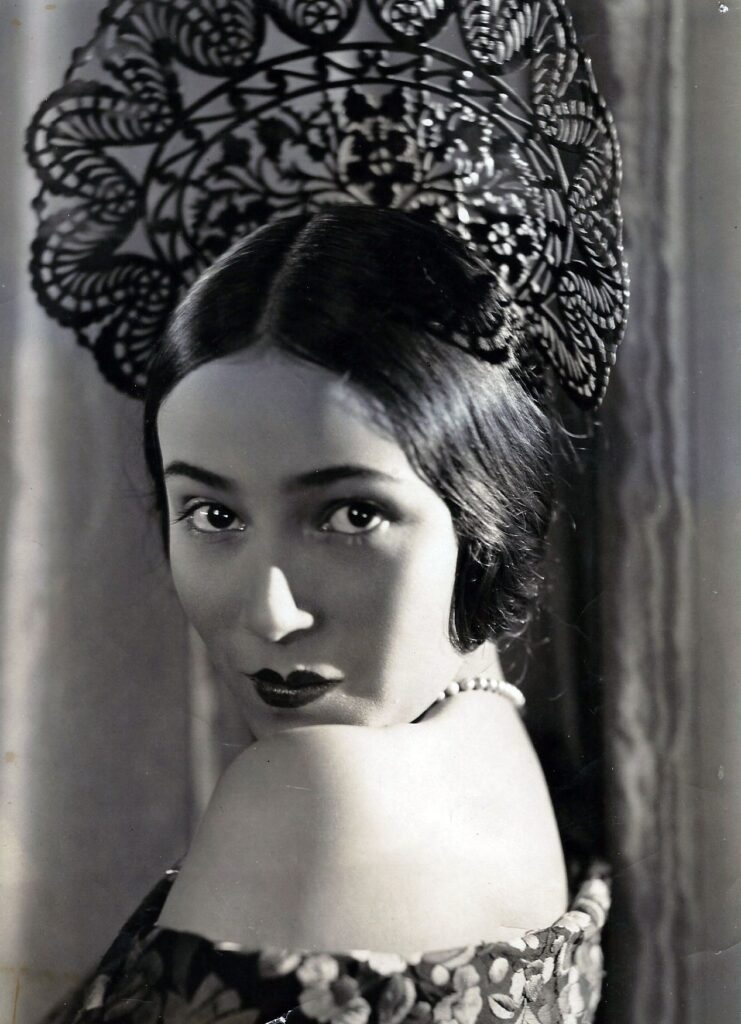 JOANNA was del Río’s very first film, playing a supporting role, and was directed by Carewe. This rare early portrait captures del Río’s natural beauty before the Hollywood make-up artists worked to change her appearance. There is a stamp on the verso which appears to read “Woodbury, LA”. A pinhole at upper right corner, minor curling, ABOUT FINE.