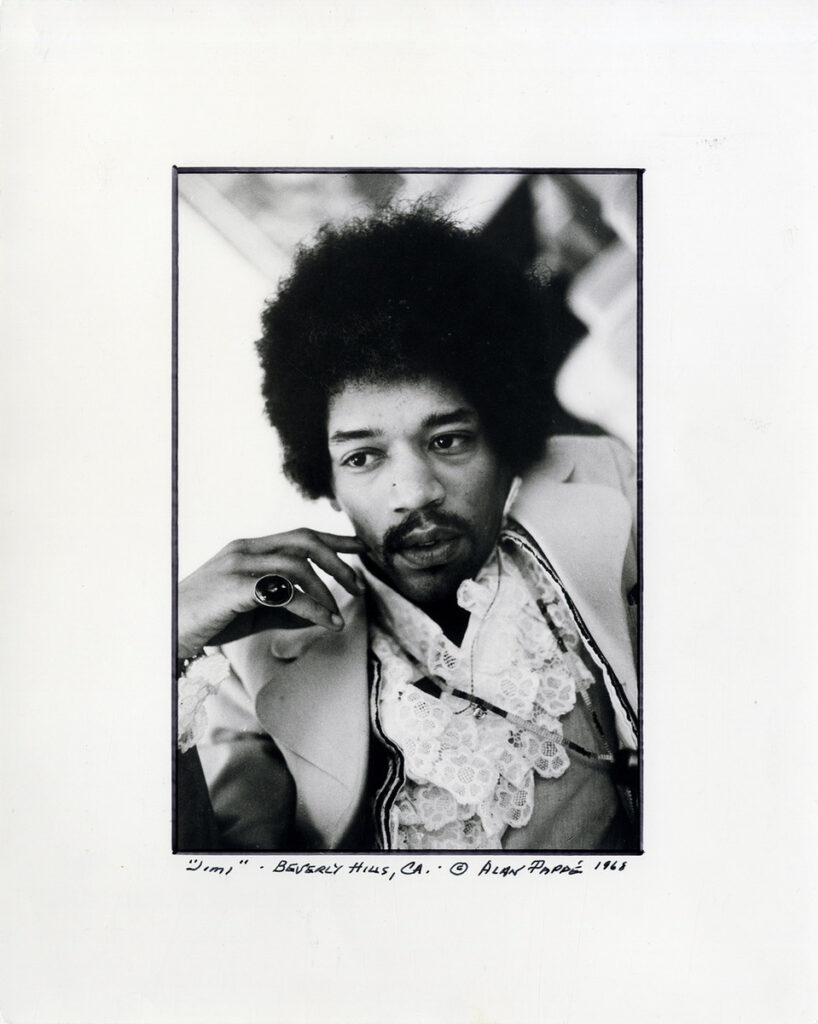 Photographer Alan Pappe was a major chronicler of pop culture in the late-60s and -70s. A number of his portraits graced the covers of popular magazines like TIME and Newsweek.

This pensive portrait of Hendrix was done the same year as his mythic performance at Woodstock. Photo has a holograph inscription in Pappe’s hand:

On verso there is a stamp “PHOTOGRAPHY ALAN PAPPE” and also Pappe’s signature, again with the 1969 date.