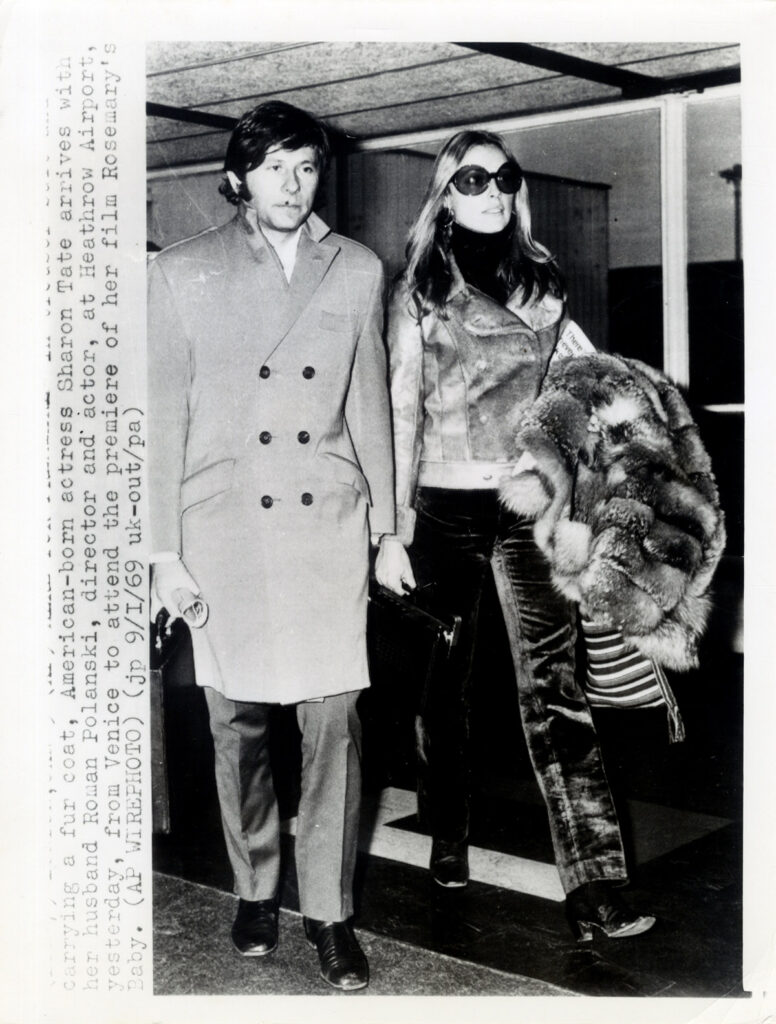 Photo of Roman Polanski and Sharon Tate at London’s Heathrow Airport; they had just flown back from a screening of ROSEMARY’S BABY at the Venice Film Festival. This wire photo has text on front with date of 9/1/69 — only eight days before Tate’s tragic murder at the hands of the Charles Manson gang. Hence, this has to be one of the very last known photos taken of her.